Behind the Bar: Why Foam Matters

With draft beer poised for its comeback, Greg Engert of the Neighborhood Restaurant Group makes the case for foam and its importance to the kinds of drinking experiences that keep customers coming back for more.

I love foam. I love to see a dense, rocky head rise up the glass and precariously stack up above and nearly over the rim without spilling. I love to watch dozens of tiny bubbles effortlessly tote intrinsic flavors upward and into that foamy net where they can patiently wait to aromatically explode. I love that first long sip when all of my attention shifts to the alluring textural interplay of bubbles and liquid that is, to me, so quintessential to the enjoyment of drinking beer.

Sadly, foam has been fleeting over the years. In place of precise pouring into proper glassware, we’ve become can-crazy, focusing on that package for the holding, promoting, selling, trading, and ultimately dispensing—more often than not—only a few photogenic styles of beer. If there is a glass involved in this show, it’s typically for the now ubiquitous “boss pour,” which trades tulips and snifters for Tekus (or even the occasional vase or fishbowl), leaving only the thinnest veneer of foam on top. When it comes to consumption, glassware has become an afterthought—and not just for the consumer. Not long ago, a journalist friend nearly scrapped a story on glassware because she just couldn’t find enough brewers and publicans captivated by the subject.

Before Instagram, before taproom can releases, before direct-to-consumer shipping, and even before serious wholesaler interest in craft beer—it really wasn’t that long ago—independent American brewers looked to historic brewing traditions and their service techniques to produce and showcase their wares on premise. Typically, this was via fresh draft beer sold over the bar, in ways that best communicated the full flavor intentions. These intentions covered the full spectrum of flavor, from aroma and taste to appearance and texture.

Key to all of these aspects of flavor was foam.

A Brief History of Beer That Sparkles

Foam has beguiled beer drinkers since the Middle Ages, when modern barrel-making techniques produced containers that could hold and dispense beer under pressure. Before that, most beer would have been consumed still, without that lively jolt of carbonation. Small-scale bottle manufacturing in the 17th century led to increased interest, on behalf of brewers and drinkers alike, in the wider availability of a sparkling product.

Pilsner’s ascendance in the 19th century was fueled by the public’s affection for an effervescent golden beer, and this furor led competing brewers to adjust their approach. British brewers, already having seen the drinker’s interest in bubbly beer through the popularity of long-aged porter and IPA, began producing running beers—lower-strength and lower-cost sparkling ales that could be produced more quickly—to compete with lager; these running beers were the precursors to the cask ales that would dominate British brewing throughout the 20th century. Likewise, bar owners in and around Brussels began blending and packaging varying ages of lambic to spark a refermentation in their beer that could respond to the demand for the effervescence of pilsner (and even be fashionably compared to champagne); in this way, gueuze was born.

Why did the world become obsessed with carbonation in beer? Simply put, it ties all of the flavor components together and delivers impact to all of our senses. The availability of both bottles and glassware, a few centuries back, began to spark the visual interest in beer; the striking contrast of foam and liquid in the glass turned interest into engrossment, as did the rings of lovely lace that developed with each successive sip. 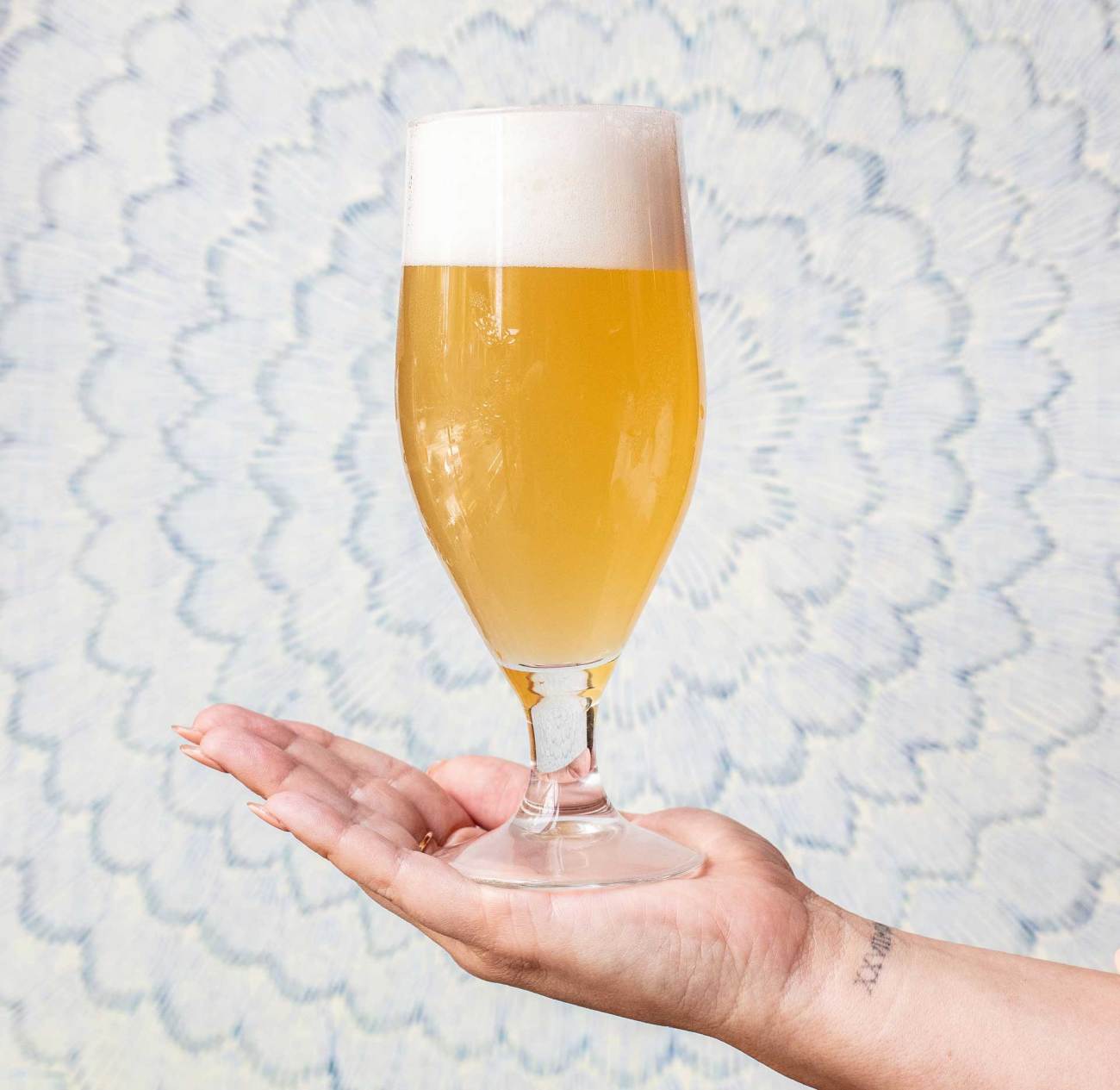 The taste of carbonation, that refreshing bite of carbonic acid, cuts against malt sweetness and—like salt in a dish—can enhance the existing flavors in beer. Texturally, carbonation adds a layer of varied complexity to the beer-drinking experience. The bubbles may present themselves as gentle, soft, and creamy; dense, rich, and méringue-like; or spritzy, sparkling, and effervescent. And aroma—the most significant aspect of flavor in beer—owes so much to carbonation. As bubbles rush up to the surface, they are accompanied by hydrophobic (i.e., water-repellent) flavor compounds that become ingrained in the head of the beer and grace the drinker’s olfactory sense once that cap of foam begins to dissipate.

Without foam, the complex aromatic possibilities imbued in the beer are inhibited.

It’s no wonder, then, that brewers have developed a number of strategies to promote the creation and retention of (natural) carbonation in their ales and lagers. While forced carbonation has been around since the 18th century, and American macro lager producers have fully embraced the practice since the mid-20th century, craft brewers have increasingly turned to natural carbonation to gain a gentler and more nuanced mouthfeel in their offerings.

By including grains with higher levels of protein, such as wheat and oats, and through the use of crystal and other malts with higher dextrin contents, brewers have sought to safeguard against thin, rapidly dissolving heads. Higher mash temperatures, multistep mash programs, and decoction mashing can all contribute to sturdier foam profiles, as can increased hopping rates.

Spunding valves, by preserving a set pressure during fermentation and conditioning, serve to maintain natural carbonation. For beers in need of increased natural carbonation, methods such as kräusening—where actively fermenting wort brings sparkle to an existing batch of wort or beer—or refermentation—where priming sugar is added to spark a second fermentation—are other ways to prepare a prized layer of foam for the drinker.

It is the responsibility of everyone—from bartenders and servers to taproom managers and consumers at home—to continue this mission. Once the beer has been packaged and is ready for consumption, let’s attend to the service of the beer and ensure that the passion poured into its creation is reflected in its presentation and enjoyment.

If your customers are popping cans at home, encourage them to get some proper glassware squeaky clean and build a big, beautiful head on the beer. Help those who are venturing out to drink dive (once again) into the textural complexities offered not just by different beers but by various dispensing techniques. Encourage customers to order up some draft beer and revel in its zippy freshness, or take a long pull off of a nitro-poured stout with all of its velvety drinkability. Let them experience how the mild bead and round malt character of a properly cellared cask ale spreads itself across their palate. Help them geek out on the long-lasting, cappuccino-like carbonation delivered by Czech-style side-pull faucets. Encourage them to split a refermented large-format bottle of something special and enjoy that bright effervescence as one of your servers regales them with stories of the beer’s production.

These are the sorts of experiences that keep customers coming back for more. As a bonus, a sturdy cap of foam looks at least as impressive on Instagram as an opaque #bosspour.

Greg Engert is beer director of the Neighborhood Restaurant Group, whose bars and restaurants include ChurchKey, Rustico, and the Bluejacket brewery, among others.

Seven Questions You Should Be Asking Your Malt Supplier

Are you getting the best and most suitable malt you can from your supplier, to make the best possible beer for your customers? To make sure, here are some questions to consider asking.