One of Iowa's largest craft breweries has grown by controlling its own distribution. From the early growler days to the current growth of cans, they’ve found that a personal touch helps them to stay in-demand and get beer to those who want it.

When John Martin, the president and co-founder of Confluence Brewing Company in Des Moines, Iowa, opened his brewery in 2012, he wanted to make sure that he had control over every aspect of the business from brewing to distribution. By taking advantage of state laws, he decided to distribute his beer himself, and now as the brewery nears 6,500 barrels annually, he’s showing no signs of stopping what has become an important and profitable part of his business.

“It’s a lot of beer to get out into the market, but you have to look at it as a separate business,” he says. “We’re one team, but each part has different things to do to make sure we’re being successful. Not being saddled with a distributor on day one has helped us, and we can control everything about the product from conception of a beer to when it gets poured into a glass in the bar.”

While the metropolitan area of Des Moines (about a 20-mile radius from the brewery and taproom) accounts for roughly 80 percent of the distribution business, Martin says some of their earliest accounts at the start of 2013 were 2 hours, roughly 130 miles, away in Iowa City.

Martin met John Watts, a brewery advisor, in Iowa City shortly after opening. Watts got the brewery a meeting with a local grocery store that immediately agreed to carry the brewery’s beers—which had been exclusively draft to that point—in growlers.

“We had a two-head can filler that we made a slight modification to, and we could purge oxygen and fill [the growler] with almost no headspace, so the dissolved oxygen was super low,” says Martin. “We were filling 1,000 [growlers] per week and sending them out to retailers.”

The price point was right, he says, and it enabled the brewery to get onto shelves. Martin had hoped to move into cans within 6 months, but that didn’t happen, although the brewery did switch to half-size (32-ounce growlers) and was sending out not only their flagship beers—Des Moines IPA and Farmer John’s (a multi-grain ale)—but also a whole host of seasonals.

“We had twelve to fourteen facings of growlers,” says the brewery’s Sales and Distribution Manager Eric Selander. When the brewery finally converted to cans in late 2016, they were able to convert most of those.

Still, the growlers played an important role in the story of the brewery. At first the brewery was putting out etched growlers but soon switched to blank glass with paper labels. Being flexible with those labels allowed them to put out limited releases and seasonals, something that continues in cans today, to the tune of almost fifty different SKUs per year—which is still manageable by self-distribution.

Martin and Selander say that the growlers also helped forge a bond with consumers. They’d often get calls from folks who would say they had dozens of empty growlers asking what they should do with them.

And while the retailers weren’t necessarily complaining about the growlers, because they were moving well, they asked Selander almost weekly when the cans were coming in.

“We got away with it for too long,” says Selander.

When the switch to cans finally happened, the brewery launched with its flagships, and orders were so big that they had to rent a larger truck to handle deliveries. 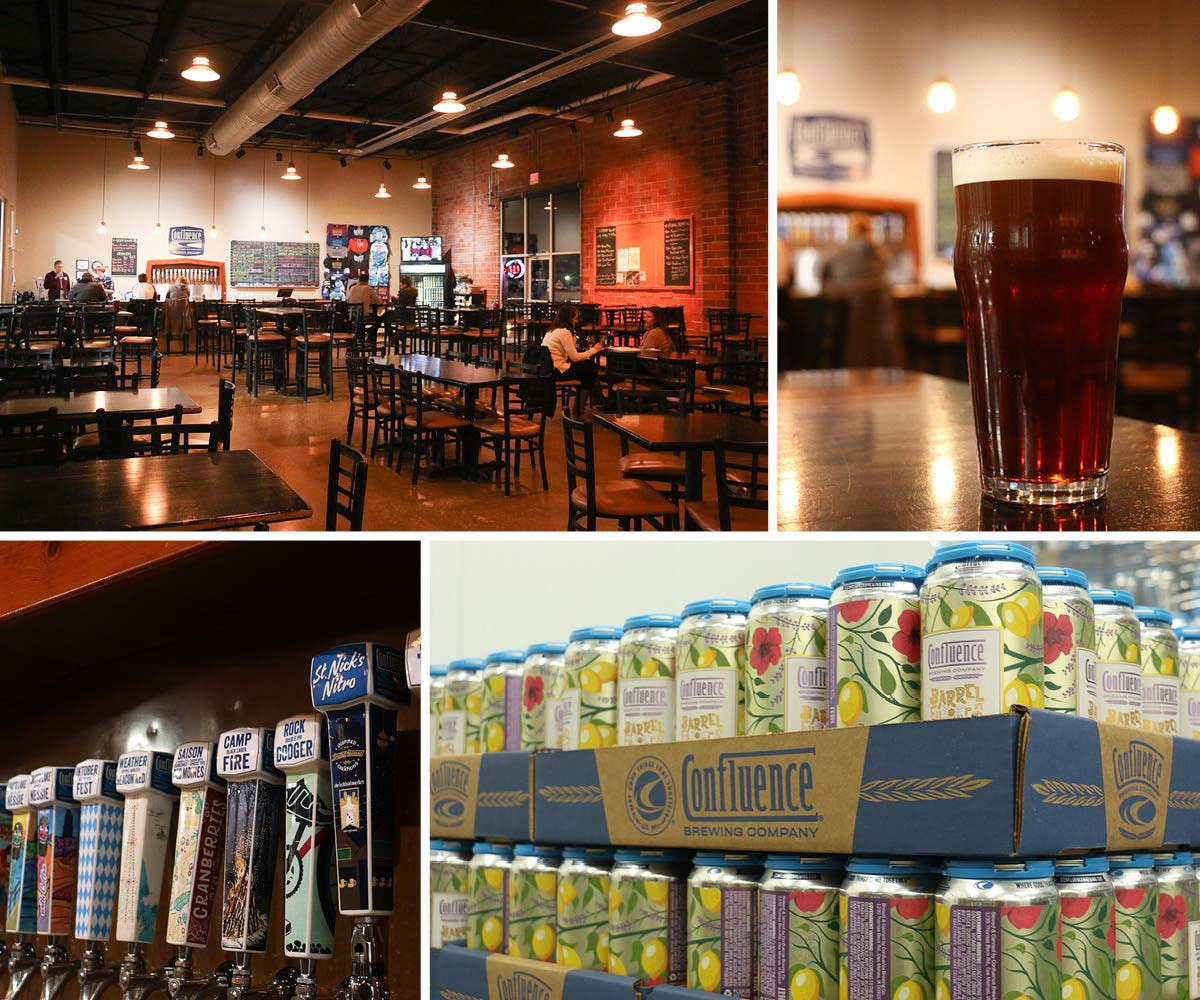 In the early days, Martin was the sole driver. He would load up his Suburban with kegs and drive them to accounts. On the days when he had to get to Iowa City, he’d work a few hours at the brewery in the morning, drive the 2 hours to the accounts, make deliveries, take meetings, clean draft lines, and then several hours later, head back home to Des Moines.

Iowa is a big state, and it’s not always easy to get to one part from another. It’s one reason that the brewery distributes mostly to its metro area, but Martin says it’s been important for the brewery to service smaller accounts. When they open up a new market or area, they consult maps to see whether there are bars or accounts that might be on the smaller side that would be interested in carrying the beers.

For Martin, it was important that his beers be available in Imogene, Iowa, his hometown, about 2 hours away in the southwest corner of the state.

“We wanted to make sure there were places in between that we could serve as well, and there were,” he says. “We found accounts in really small towns.” If it’s feasible for the route and timing, Selander says, they will find a way to make it work.

“Take the northwest part of the state, for example,” says Selander. “There’s not a good way to get there [from here], so that’s part of the challenge when it comes to figuring out new markets because most of the low hanging fruit around us has been picked, and we need to figure out how much effort and expense we want to put into distant sales.”

Looking forward, as they get outside of a 2-hour radius from the brewery, they might have to start looking for an outside distributor.

“Again, we’re doing okay. We’re in the black, and we pay our bills, so it just comes down to are we relevant in other places, and can we make money on it?” Martin says.

One consequence of large production and distribution is “that the taproom suffers a little every time we add a new account,” says Martin. Still, being in the marketplace and top of mind for folks does bring people into the brewery, especially those who are seeking out a more diverse beer list.

Last year, the brewery added a major outdoor expansion of a beer garden that has a direct pathway to a walking and biking trail near Gray’s Lake Park, a popular recreation spot.

“If we hadn’t done that, we might have seen taproom business decline,” Martin says. “We need to remember to take care of this place and keep evolving to keep it interesting for visitors, especially when they can get our beer in a lot of other places.” 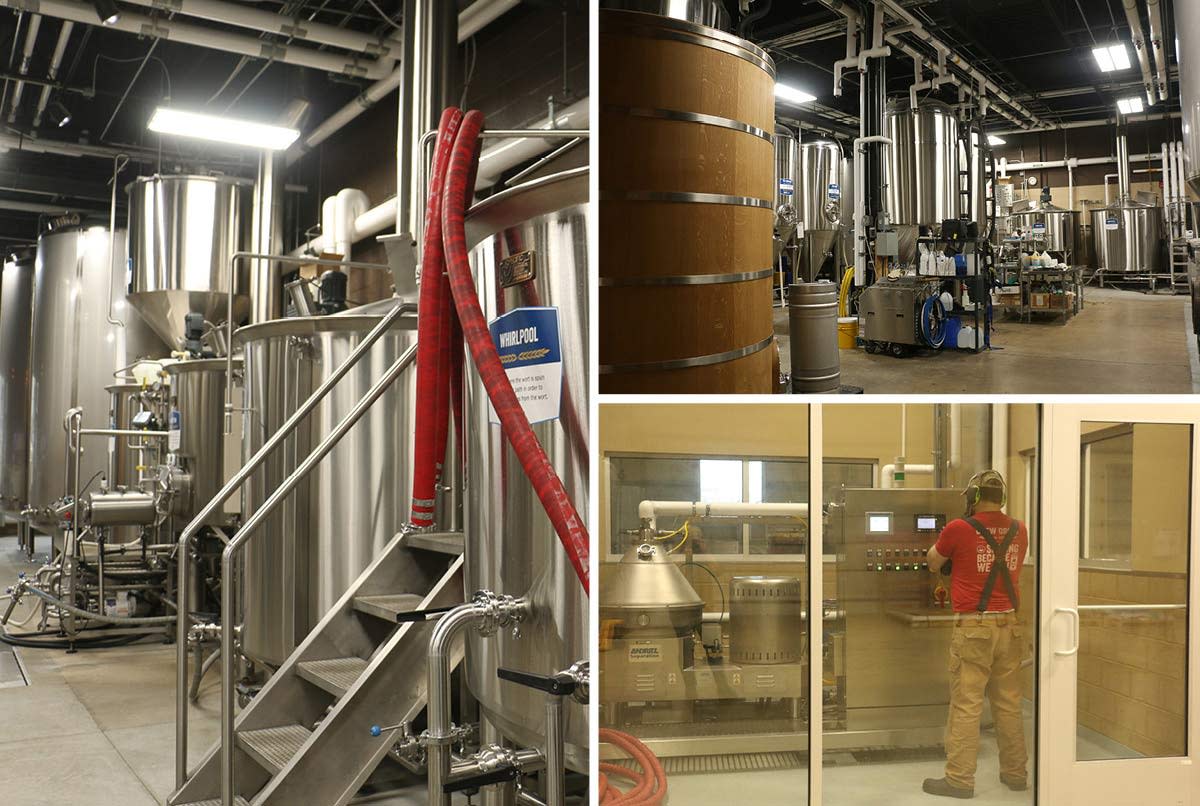 After a few years of carrying their own product, Confluence decided to expand its offerings and—taking a page from the Stone Brewing model—began to distribute beers from other area breweries.

Stone had been distributing its own beers in San Diego before adding other brands and, today, is the premier craft-beer distributor in Southern California. Selander thought the same could work for the brewery in Des Moines, so he scheduled a call with Stone, and “they were really kind to open their playbook and tell us what worked for them and why.” It’s one reason Confluence has kept the brewery’s name on all the distribution branding, rather than creating a separate business name. It helps get the Confluence brand in front of more eyeballs.

“There are others on the horizon,” says Selander. “We have the trucks and the routes and the space, so this makes sense for us.”

Martin notes that only after a few years of operating this way, he can see why the economy of scale works so well for the traditional and legacy distributors and why this has been an attractive model for Confluence, even if they are making far less per delivery than the larger players.

“Without a salesperson in the market, you’re not relevant,” says Selander. Still, because state law requires that the distributors clean their draft lines at each retail location and because the drivers for Confluence are part of the company or sometimes members of the sales staff, it means more face time with retailers, which can lead to deeper relationships and increased sales.

Draft beer still accounts for roughly 65 percent of sales for Confluence with the rest in cans, although the aluminum packaging is catching up.

“Overall we need to make sure that every stop we do is worth it for draft because we have to be there every 2 weeks to clean lines,” he says. “But it does help keep us top of mind.”