Gearing Up to Brew Lager

Great lager depends upon exacting attention to details—and not only when it comes to fermentation and conditioning. Here we look at brewhouses specifically designed with lager in mind, to better appreciate what makes them different.

Lager isn’t monolithic; it’s manifold, and its history is tied to the history of brewing technology. Each breakthrough in equipment and process and each improvement of beer’s primary ingredients led to new lager styles or to a lager brewery rising in prominence.

The culmination of lager development in North America appeared to reach its apotheosis with the dominance of American adjunct lager. However, after decades of lager-brewing monoculture, lager beers are at long last finding new favor with modern drinkers. Today, craft breweries across the country are making dozens of lager styles, from reverent, Old World classics to new takes on old ideas. There are more American craft breweries dedicated to the production of lager styles than ever before.

“It’s a huge trend,” says Mike Roberts, craft systems facilitator at Cru Brewing Systems in Chilliwack, British Columbia. “I’m seeing a big resurgence in demand for traditional German-style lager beer.” The company designs custom brewhouses and tanks for craft breweries. Five years ago, Roberts says, only a couple of customers each year were interested in lager-brewing capabilities. In 2020, however, he says about 30 percent of his customers were specifically looking for brewhouses tuned for lager brewing.

Brewing exceptional lager is about more than knocking out cool and fermenting cold; meeting the exacting demands of lager production impacts every step of the brewing process. Gearhead has covered some aspects of lager brewing in the past: from horizontal tanks to natural carbonation to special pouring methods (see “Get Sideways,” “The Force Behind the Fizz,” and “Side Pulls and Slow Pours,” beerandbrewing.com).

Yet there is another critical element in the lager-brewing equation: what happens on the hot side. For this piece of the equation, I spoke to a half-dozen brewers who built out lager-focused brewhouses about the features that are important to them in their pursuit of the great American lager. 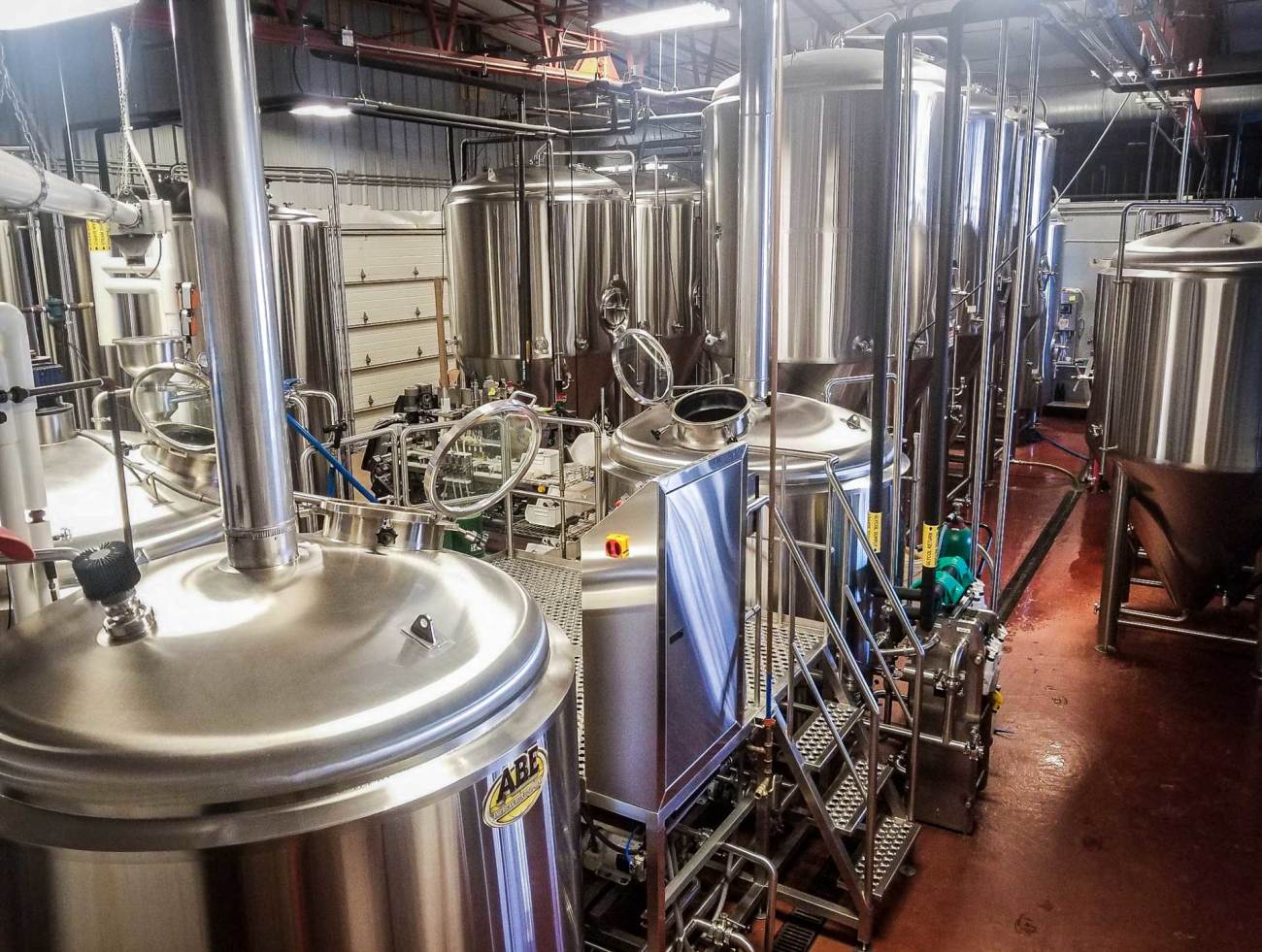 Long important for continental European brewers looking to get the most from less-modified malt made from hard summer barley, decoction takes more time and energy to produce a sweet wort than infusion mashing. It’s been a topic of scholarly debate and barroom arguments between brewers for hundreds of years. Today’s proponents say that even with a kaleidoscope of highly modified modern malts available, decoction can still make better beer.

“I can smell it in the brewhouse,” says Ashleigh Carter, co-owner and head brewer at Bierstadt Lagerhaus in Denver. “It’s everything you love about toast, and I know it is going into the beer.” Carter is as knowledgeable as she is passionate about lager and lager brewing. She’s also a traditionalist dedicated to the well-established lager-brewing techniques. Decoction is requisite for Bierstadt. “I like the process. I don’t want to go home early,” she says. I heard the same sentiment from each of the lager brewers I spoke with, but their exact decoction procedures differed. As with all things brewing, there are many different approaches to every brewing task.

Decoction typically requires an extra brewhouse vessel, since the mash is split into two parts during the hours-long operation. Bierstadt uses the mash kettle on their German-designed copper brewhouse from the 1930s to boil the thick portion of the mash while the thin portion is pumped to the lauter tun. After boiling, the thick mash is mixed back with the thin mash to raise the temperature to the next rest, and then the process is repeated.

“We’re designed for decoction,” says Andy Ruhland, founder of Bad Weather Brewing in St. Paul, Minnesota. Bad Weather uses a typical American three-vessel brewhouse with a kettle, a lauter tun, and a whirlpool, with some extra plumbing and valves built into the semiautomatic system to allow for decoctions and cereal mashes. Ruhland says that while the decoction brew days are long and inefficient, the resulting “complex, layered flavors” are worth the extra energy.

At Goldfinger Brewing in Downers Grove, Illinois, founder Thomas Beckman says that because two of the brewery’s core offerings are decocted, he took a “belt-and-suspenders approach” to brew­house design. He uses both a kettle to boil the thick wort and a steam-jacketed mash mixer to ensure they hit the correct temperature at each mash step. “I like the brew days to be five hours longer,” Beckman says, to justify the extra expense and time. But really, he says, it’s the subtle sensory impact of decoction that drives their effort. “There’s no question in our mind,” he says. “We’ve done pilot batches without decoction, and decoction makes a difference in the depth of malt flavor.”

“Decoction is about the Maillard reaction,” says Steve Holle, founder of KC Bier in Kansas City, Missouri. It’s another way to bring the rich flavors of kilned malts to a beer. “I’m not a fan of caramel malt,” he says. “It’s in too many beers.” His team brews the popular KC Bier Dunkel and other lagers on a four-vessel, 15-barrel brewhouse with separate mash and wort kettles. Built by Specific Mechanical Systems in Victoria, British Columbia, the setup has some other considerations besides the extra vessel, such as the impeller pumps that move all that mash back and forth between the vessels.

At Specific Mechanical Systems, ex-sales manager Greg Hardin came out of retirement to keep up with the demand for new brewing systems. His advice: “You don’t want to beat the mash up too much.” He recommends low-shear pumps for breweries moving thick mash around the brewhouse, and he has a list of other considerations ready for lager brewers. From tun geometry to heat-exchanger sizing, each decision in the design process impacts other parts of the system.

Cool-fermenting yeast are what create lager, but water provides its soul. Many classic lager styles seem to depend on the water profiles of the regions that birthed them: the soft water of Pilsen (pilsner), the sulfur-rich water of Dortmund (export), the dark malt–friendly water of Munich (dunkel). Attention to water has always been vital to lager-focused breweries.

While modern brewers have to be wizards of water chemistry, the brewery’s water source may not always cooperate with the styles on the brew schedule. Reverse osmosis is a popular way to strip water down to a “blank slate” before the brewer rebuilds it for their next batch—but it’s an expensive, inefficient method. Brewers would prefer starting with high-quality soft water that they can tweak as needed. (Perhaps this is why lager brewing is booming in Colorado, with its abundance of Rocky Mountain runoff.)

That critical point where the wort transfers from the hot to the cold side of the brewery is another of lager’s complications. Before the cold-loving lager yeast can be pitched, the wort needs to be chilled from near-boiling to 50°F (10°C) or below. Whether the brewery’s source water is cool enough to do that job via counterflow chilling depends on its climate. Hardin suggests a simple, year-round solution: Use chilled water from a cold-liquor tank, which might be upsized to meet the needs of lager-focused breweries (especially if they expect warm summers and year-round lager production).

Brewers should also consider the capacity of their hot-liquor tank. To keep wort flowing around the brewhouse during decoction, lager brewers typically use more water in the mash. Liquor-to-grist ratios can be as high as 5:1, or twice what’s common in ale brewing. Besides being easier to pump, this thinner mash allows for more enzymatic activity when converting starches to sugar, resulting in higher attenuation during fermentation. More water also reduces the need for sparging, and some brewers say that gets them a cleaner wort with fewer tannins. More liquor also means larger mash volumes, and that requires consideration to prevent compressed grain beds and stuck mashes in taller lauter tuns. 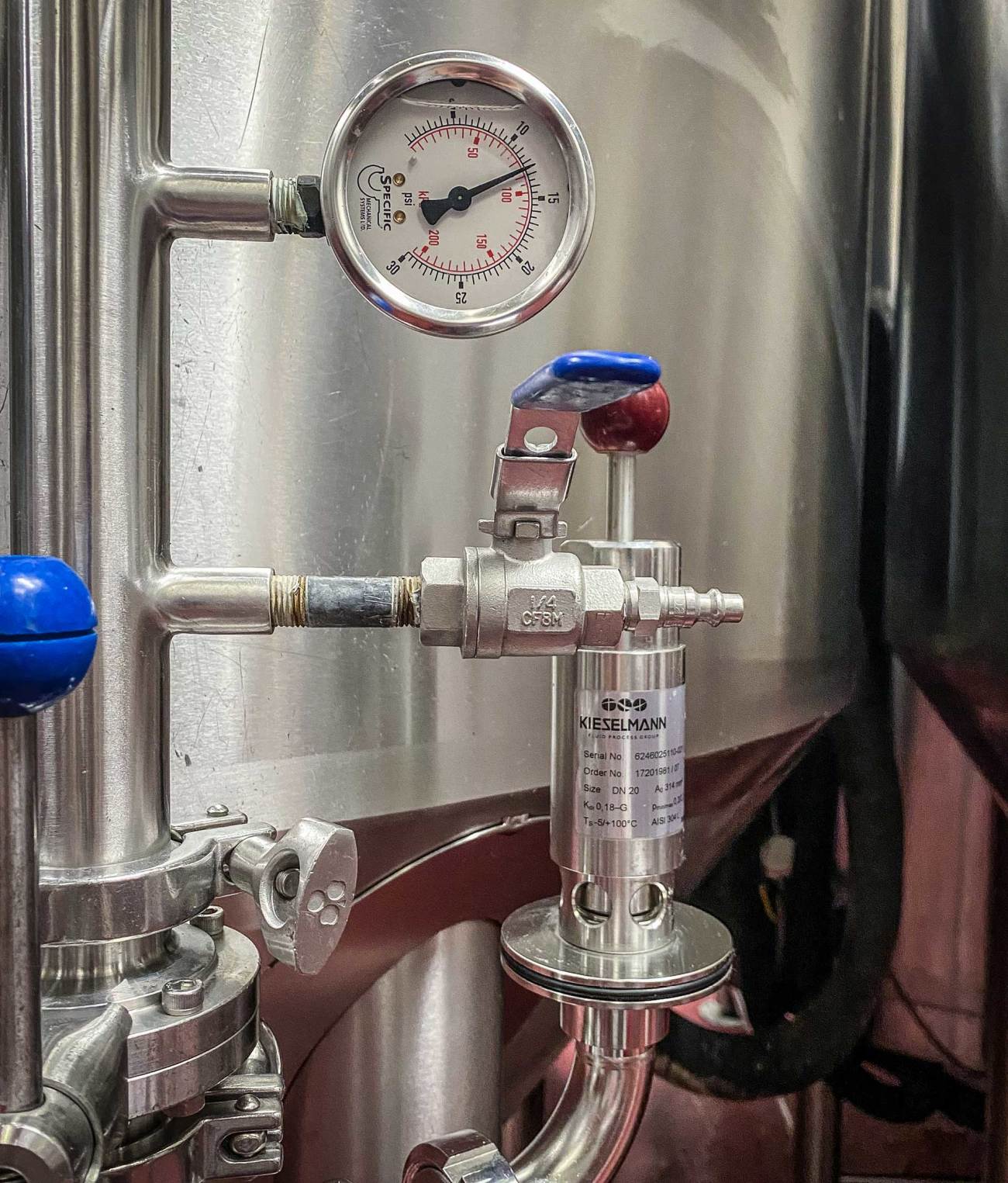 Lager is a challenge to make well. Compared to ale, it takes longer to brew, longer to ferment, and it uses more of a brewery’s resources. Any shortcomings in the ingredients, process, or equipment will be evident in the final product—yet the typical drinker doesn’t want to pay a premium for these time-intensive beers.

So why are some brewers so dedicated to the endeavor, and why are the ranks of lager-focused breweries growing?

At Cru Brewing Systems, Roberts—a professional brewer by trade—says he thinks it’s the challenge that drives them. Brewers love solving problems, and lager brewing is full of narrow margins for error and tricky trade-offs. It is a pursuit antithetical to the trend-chasing that has long defined the American craft-brewing scene. It’s about small tweaks and understanding all the variables in the brewing equation.

It’s about making a “brewer’s beer” that your peers can enjoy and appreciate. It is the ultimate test of a brewer’s technical skill, and it’s a test where the proof is in the pint for all to taste.