What can social media chatter tell us about beer trends and the market? Here we chart a few metrics.

Gleaning future trends from social-media chatter is an evolving science—if it can be called that—but the results can be useful in gauging enthusiasm and direction. Over the past two years, social-media metrics firm Social Standards has quantified online discussions about beer and craft beer. The results suggest a seasonality to beer chatter and, overall, a declining trend line. Is this a leading indicator for the future of craft beer? Too early to say, but the data are worth considering.

While the average beer consumer aligns pretty closely to the norm for all beverage alcohol consumers, the craft-beer consumer skews older, more male, and more white. This demographic has held relatively steady over the two years this data has been collected, suggesting a stable fan base that is less effective at converting new consumer segments. 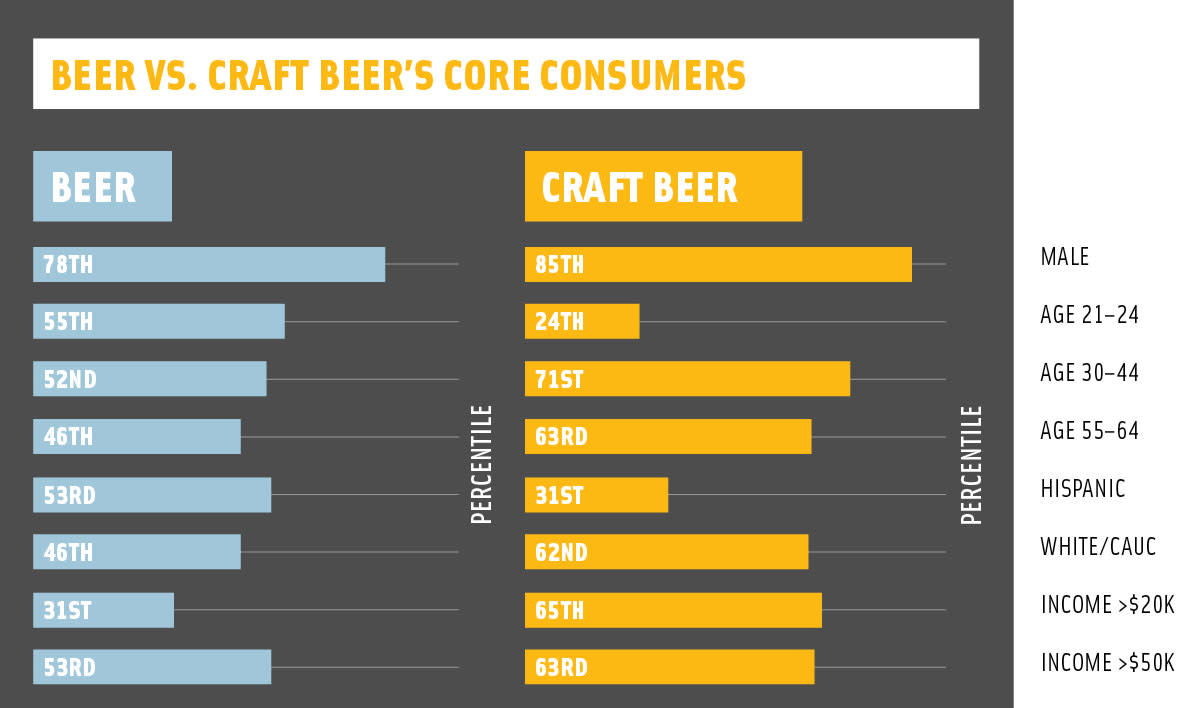 How to read the chart above: The percentile measured describes the volume of conversation around beer or craft beer. For example, craft beer’s 63rd percentile score with Age 55–64 means that of all beverage alcohol–related subjects talked about by those age 55–64, craft beer is in the 63rd percentile of subjects discussed.

Relevancy: Resonating with Each and Every Consumer

If constant change is the new normal, brewers must learn to continuously flex and adapt by developing fine-tuned abilities to sense, shape, and respond to each key consumer trend and market development.