Community and quality—these two words carry the craft beer industry. Walk into any taproom in the world, and you will see it: strong relationships being built over beer. Brewers know this. In fact, their breweries thrive on it.

But what some brewers don’t know is that one of the largest malt-producing companies in the world is not only U.S.-grown, U.S.-malted, farmer-owned, and craft-brewer-focused, it is also committed to that community and quality that is expected in the craft beer industry. 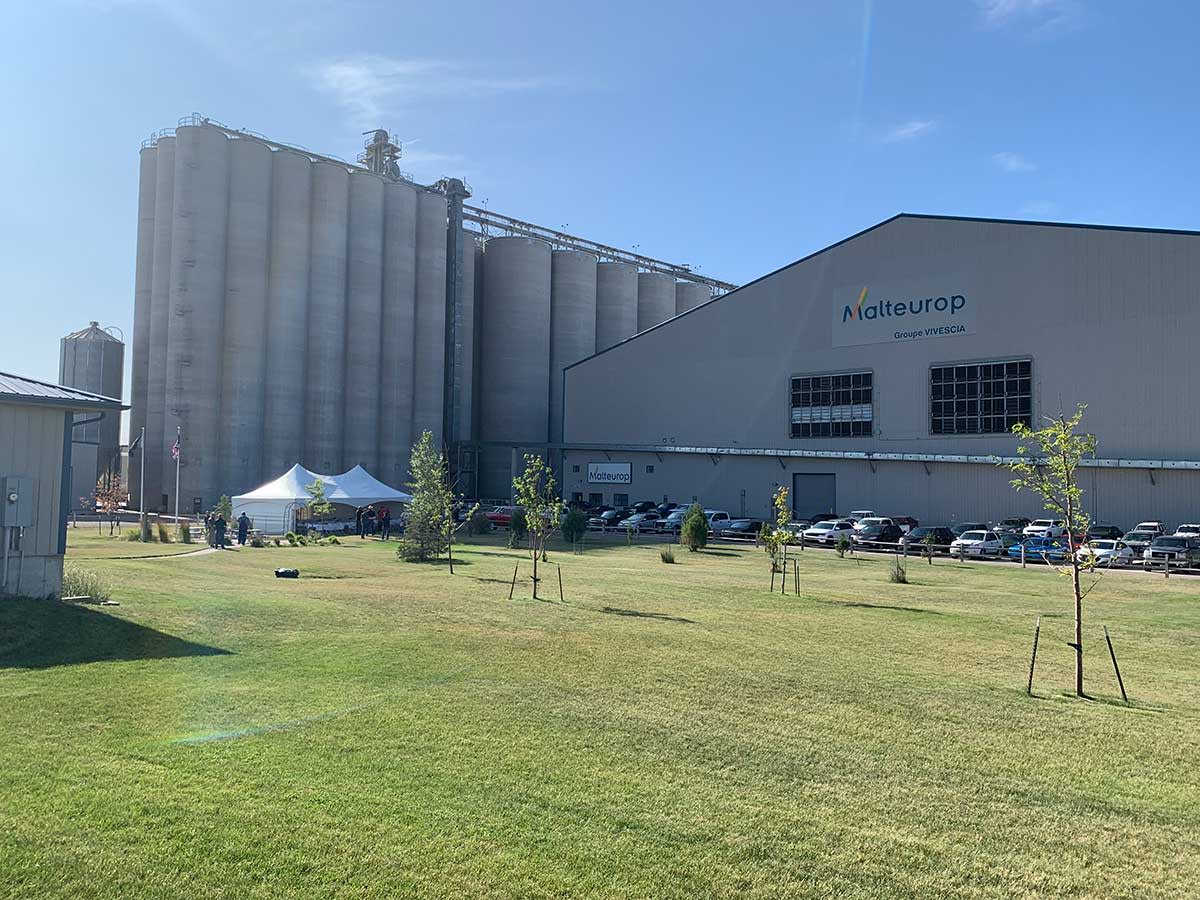 While Malteurop originated from a co-op of farmers in France in 1961, the roots here in North America began long before that. Froedtert Malting Company was officially born in the late 1800s. This same historical building is now Malteurop’s North American headquarters.

Beginning with Froedert and continuing with Malteurop, the partnerships with employees, farmers, and brewers are an integral piece of what makes Malteurop a company proud of its heritage and committed to its community. With historic malthouses, advanced technology, and years of valuable traditions, Malteurop has roots that run deep within the U.S. soil, providing community and quality from the farm to the beer.

Having the capability to ship via railcar or truckload, small-sized or super-sized, Malteurop’s commitment to quality remains even while on the road. It maintains the integrity of the malt from the barley to the brewery. And with distribution centers, transloading facilities, and four malthouses strategically located across North America, along with its parent company in Europe and recently announced partnership with Castle Malting, Malteurop has global connections and quality distribution. These connections provide craft brewers with malts from all over the world, while maintaining the roots and values of the American brewer.

The four basic ingredients of beer are water, malt, yeast, and hops. Each has characteristics that are unique to them and can provide value on their own. But put them together, and they play an integral role in creating our favorite beverage: beer.

While we want our beer to be beer in the traditional sense of those four ingredients, today’s beer is not our grandfather’s. Twenty years ago, you could walk into a bar and simply order a beer. Try that today and you’ll get a variety of questions ranging from what style to what flavors to what strength. With choices spanning the gamut from pilsners to peanut butter pastry stouts and every flavor in between, beer has evolved. Malts should, too. And they have.

Brewers want quality in their ingredients. Consumers want great beer. Malteurop understands that great beer starts with great malts, and gives brewers both quality and community by knowing exactly where the malts come from and where they end up: in your glass. 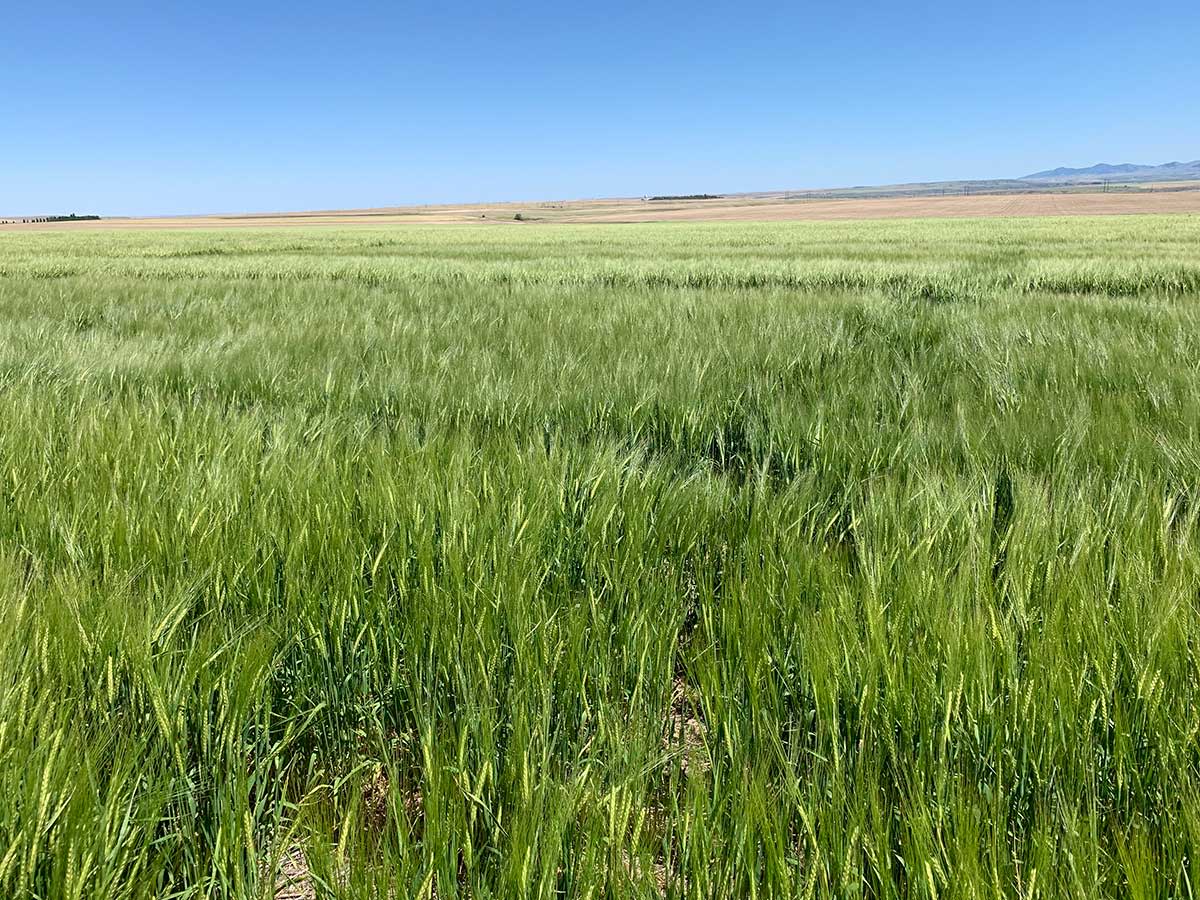 That kind of commitment is quite sexy.

According to the Agricultural Marketing Resource Center, in 2017, the United States harvested 1.95 million acres of barley with total production equaling 141.9 million bushels. And with three-quarters of that barley production being used for food and malting purposes, it’s pretty easy to dismiss the importance of this ingredient—to just grab what you need to create the sugars necessary to create the beer you want to drink. Right?

Craft brewers know that this is a misconception, and they are looking more closely at this age-old agricultural product that can make or break a brew.

Malts are a crucial ingredient in crafting beer. They play several important roles. From supplying the fermentable sugars and enzymes that allow for the chemical breakdown of starches in adjuncts, to other chemicals that provide the mouthfeel, foamy head retention, and color characteristics that we look forward to in our craft beers, malts are no laughing matter.

Many components come together to create alcohol, but it’s about more than just the alcohol. If it were only that, then the Great American Beer Festival would not have 107 style categories, with subcategories under most of those. We care about the taste of our beer. We care about malts.

Malts matter. They are, in fact, the soul of beer.

The Malteurop Community: From the Farm to the Taproom

Dustin Craft, a top Malteurop sales manager based in Denver, focuses on craft brewers. He not only has the commitment and passion to both malts and craft beer, he has the background to match it. As a prolific homebrewer, past professional brewer in breweries both big and small, and a background in electrical and computer engineering, Dustin understands that before the art and science come together to create their magic, community and quality need to come first.

“We are an American company, but we pay homage to our heritage and where we’ve been,” Craft says. “Malteurop in Europe is our parent company, owned by a cooperative of more than 10,000 farmers, but our malts and our dedication here are made for American brewers.”

Craft brewers know how crucial authenticity is to the quality of the beers they brew. Bandit Brewing Company in Darby, Montana, focuses on small-batch brews. J.C., the owner, recognizes the importance of using locally sourced ingredients. However he also realizes the significance of authenticity in the beer. “In the craft beer side, you have to get Canadian, American, German, and English grains. There’s no way you can reproduce an ESB unless you have an English grain. You just can’t get that same flavor profile.”

Malteurop knows American brewers. They know they want locally sourced ingredients, but they also reiterate what J.C. and many other craft brewers know: If you’re working in craft, you have to get it from the source, even when that source may be in Belgium.

While Malteurop has a small craft team dedicated to U.S. craft brewers, this allows them to be nimble, and they are supported by a company with many resources, farms, facilities, and labs, including their very own barley breeding program, that offer the craft brewer quality and innovation not seen in other malting companies.

Mark Black is Malteurop’s North American Barley Manager, and he concurs. Being with Malteurop since the beginning and within the grain industry for 37 years right out of college, Mark has seen a thing or two. The malting business isn’t about malts first. “It’s more about the relationships and what you’re doing then about the name. The farmers have known us since the beginning.”

Mark takes the relationship with the farmers to another level. He connects them to the brewers. Farmers love to take the brewers into their fields. They love to meet with the brewers that will be using their barley to create their favorite beverage. And brewers treasure that connection with the people and the land that creates their ingredients for their product. “Farmers and brewers have passion,” Mark says. “For me, (craft brewers) put the fun back into brewing.”

Building a company is about building relationships and community. Mark goes on to say, “We build ownership in what we’re doing, a true partnership. Price is not the number one drive. It’s service, loyalty, integrity, and professionalism.”

Craft brewers know this. It’s what they build their breweries on. Christian, owner of Lazarus Brewing in Austin, Texas, says, “There’s something good about the brewing scene, what it does for people and what it does for community.” Andrew at Next Stop Brew Co. in Denver, has similar thoughts, “That’s what attracted me to craft beer in the first place: that sense of community.”

The craft beer industry thrives off of community, but just like humans need other humans and yeast needs malts, community needs quality.

Handcrafted from planting to harvesting to malting, malts must be perfect before they reach the hands of craft brewers. If not, then they are not meant to be a craft malt, their demise fits other needs but not for craft brewers.

Malteurop targets the best growing regions and the best practices to get the quality needed for the brewers. By selecting growers to partner with, identifying what their land is like and what their farm practices are prior to procuring their barley, this gives everyone involved, from farmer to brewer, the best chance of success.

Malteurop is the only independent maltster with their own barley breeding program. That and their state-of-the-art central lab give craft brewers exactly what their recipes call for. Mark confirms, “We are 100 percent focused on the U.S. craft market. We have a consortium of craft customers that consult with us and we sit down with them to come up with a plan to achieve the variety needed for craft.”

Alberto Jimenez, Malteurop’s North American Quality Services Senior Manager, has been with the company for four years, and before that was studying and researching malting barley at North Dakota State. Falling in love with the craft at age 5 while watching his dad brew in Mexico at Heineken, and being a homebrewer himself, it’s easy to see where Alberto’s passion comes from. His philosophy of, “There’s no bad beer,” has driven his desire to understand the brewer from start to finish.

“All brewers have different expectations and different layouts within their brewery that require different adjustments to the barley for it to work its best.” Malteurop can provide one on one consultations with craft brewers in the brewery to achieve the best results.

The quality checks don’t stop once the malt is delivered to the brewer. From before planting to every step in the malting process to transportation of the malts to after consumption in the taproom, Malteurop is there every step of the way. Alberto captures Malteurop’s philosophy with this simple statement: “Even if you’re not a customer, if someone reaches out for advice, it’s a community in the end, and we try to help each other and that’s the beauty of the malting and brewing movement in the U.S.” 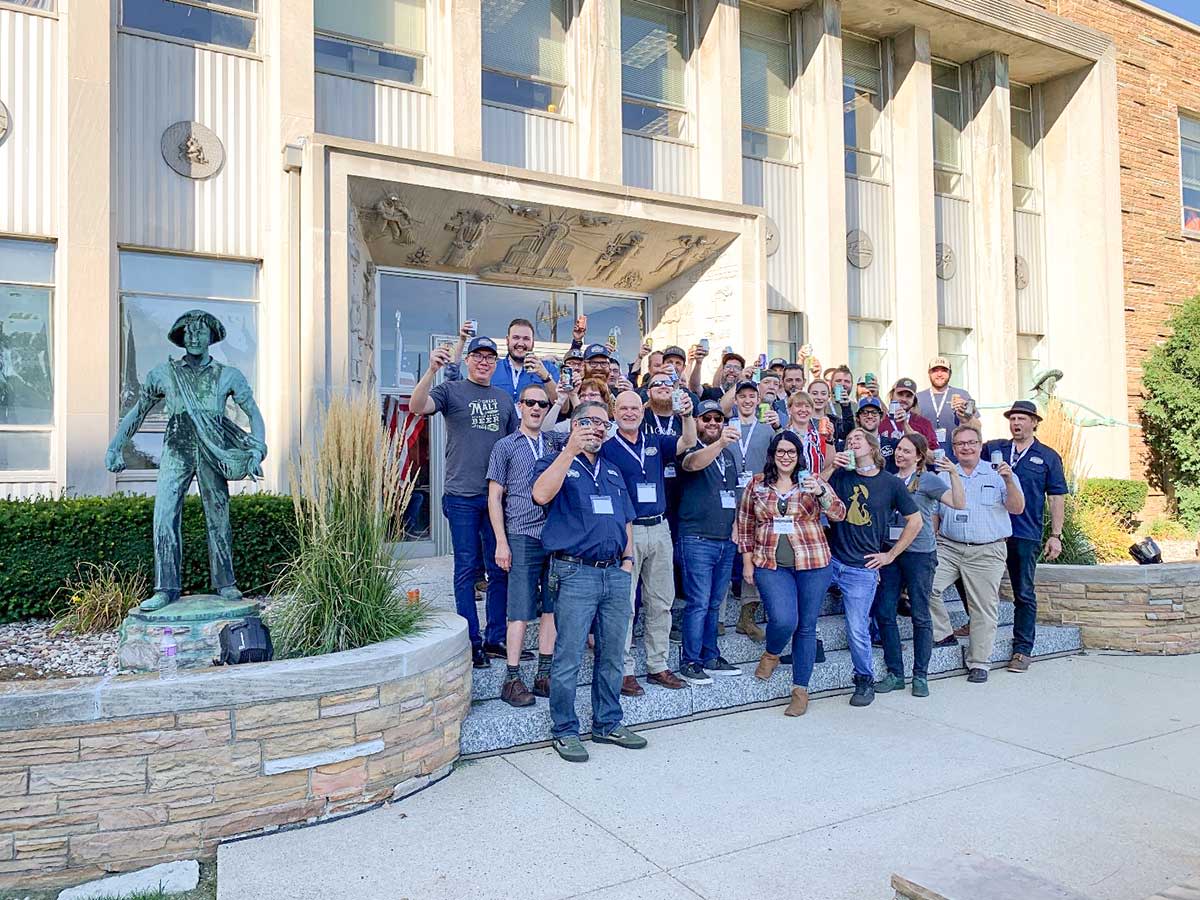 Celebrating Wisconsin Craft Brewery Day with our Brewers and Team!

Craft: Not a Commodity

With more than 8,000 craft breweries in the U.S. and counting, many may think that craft is becoming a commodity. In actuality, it is becoming more important to keep the term craft as craft. Brewers are artists, scientists, chefs in every aspect of their creations. They hand-craft recipes seeking out very specific strains of yeast, hop characteristics, chemically balanced water, and malts roasted to toasty perfection. Maltsters, too, like Dustin, are artists. “Malteurop works hard to make a difference for those that want to make a difference in the craft.”

Malteurop knows the American brewer intimately. They know their desire for quality ingredients, so they utilize a combination of a traditional malting process with the use of state of the art equipment. There is 100-percent traceability from the barley fields to the shipping pallet, utilizing a direct farm program, meaning there are no second handlers and everything is done directly with the farmers. “This is the best guarantee of the premium quality of our malts,” Mark says.

Along with high quality comes the desire to give the craft brewer exactly what they need. Dustin understands, “It’s not our place to build a business on what we want. We want to build it around what the customer wants.” Malteurop is well aware that sometimes a specific malt perfectly complements that one special hop. It may have to come from across the ocean, such as via the partnership with Castle Malting, but the quality remains the same. The commitment to the farmer and the brewer is still intact, and the relationship between Malteurop and the consumer of that craft brew is just as strong across the miles as if they have been sharing community and beer for years in the taproom.

It’s that commitment to the craft and the land, to the farmer and the brewer, which keeps Malteurop working to provide craft malts of the highest quality and the best flavor.