Members Only! (Join the Club)

No taproom, no distro; you just have to know. Brad Clark’s Private Press is an experiment in membership-only beer sales.

When Brad Clark left Ohio brewery Jackie O’s, the announcement said that he was going to “pursue a new path” in California. It seemed plain that Clark—who had built an acclaimed barrel-aging program since starting at Jackie O’s as brewmaster in 2005—would go and start a brewery of his own. What was not plain was the shape that it would take.

It has turned out to be a new path indeed. His venture is called Private Press Brewing, and Clark’s plan is to keep it 100 percent club-based. That is to say: to buy Private Press beer, you’ll need to be a member. Registration opens in June.

Many breweries around the country have membership clubs on the side. It’s a tidy way to get rarer, small-batch beers into the hands of the people most willing to pay for them. Often these clubs offer exclusivity on those bottles and other perks, such as taproom discounts or members-only parties.

Private Press, however, is entirely based on that model. The concept is not totally unique, but there are very few others doing it, and each does it in different ways.

In Seattle, for example, Floodland Brewing has a bare-bones website and email list. You need to subscribe to that list to know when beers go on sale. Then, if you register to buy one, you need to show up in person on the right day. Floodland also has a club called Oakworks, but you don’t necessarily need to be a member to buy their beer. There also are a few restaurants in the San Juan Islands where their beers can be enjoyed on premises.

In Oceanside, California, Horus Aged Ales is similar to Private Press in that it is a barrels-only facility—not a brewery at all, but a blendery that is home to a brewer who makes the wort elsewhere. There is a membership club called Convocation, but the beers also show up on draft in a few places around town.

Private Press, however, will start in 2020 as members-only.

Clark notes that the few other breweries based on similar models, such as Floodland, are more concerned with mixed- fermentation beer. “Out of a very small group of breweries, none of them are focusing on clean, barrel-aged imperial stouts and barleywines,” he says.

Clark also sees a niche that he can fill locally. “I don’t think California needs another IPA or even a lager or anything like that,” he says, noting that there are now more than 1,000 breweries in the state. “There’s a lot of good beer out there right now. But there aren’t a lot of breweries producing big beers, compared to the Midwest. Those were beers that I built a bit of a reputation for.”

Clark has a space ready in Santa Cruz, but no equipment there yet; he is getting the necessary licenses in order first. He doesn’t plan to have a brewhouse there; instead he’ll brew at local breweries and barrel age the beers at his facility.

“There is plenty of capacity here in the Bay Area,” he says. “I will make wort and/or beer at other breweries. The final stage of the beer will all happen at my space: I will be aging the beer, blending the beer, and packaging the beer.”

He’ll also be shipping the beer directly to customers. There will be no taproom, and members won’t need to show up in person on a specific day to get their bottles. Instead those bottles will just show up on their doorsteps.

Thanks to the wine industry, Clark says, California’s laws are far ahead of others when it comes to shipping alcoholic beverages. Clark says he wants to run Private Press like a winery, with seasons for brewing and packaging. I’m “really just trying to keep things simple, stripped-down, and direct.”

Clark plans to start the club at 500 members, with sign-ups planned via his website in June. “The part that I feel the most unsure about is, can I get 500 members? But I know from running the numbers and whatnot that that’s what I need. I’m just going to put it out there, and the people that get in, get in.

“I might add more members as the years go on,” Clark says. “I feel like 500 is kind of a big number. This is all part of the experiment.”

A membership will cost $300, he says. There will be 10 releases throughout the year, with one half-liter bottle guaranteed for each member. They’ll also get two glasses. Members will have the opportunity to buy additional bottles of each release for $25 to $30 each.

“Primarily, it’s going to be a lot of imperial stouts and a few barleywines, aged in a variety of different barrels, primarily bourbon.” Some of the beers will have adjuncts, he says, such as coffee or nuts. “They’re all going to be big, rich, and aged in oak anywhere from 10 to 14 months, possible even longer, up to 24 months.” 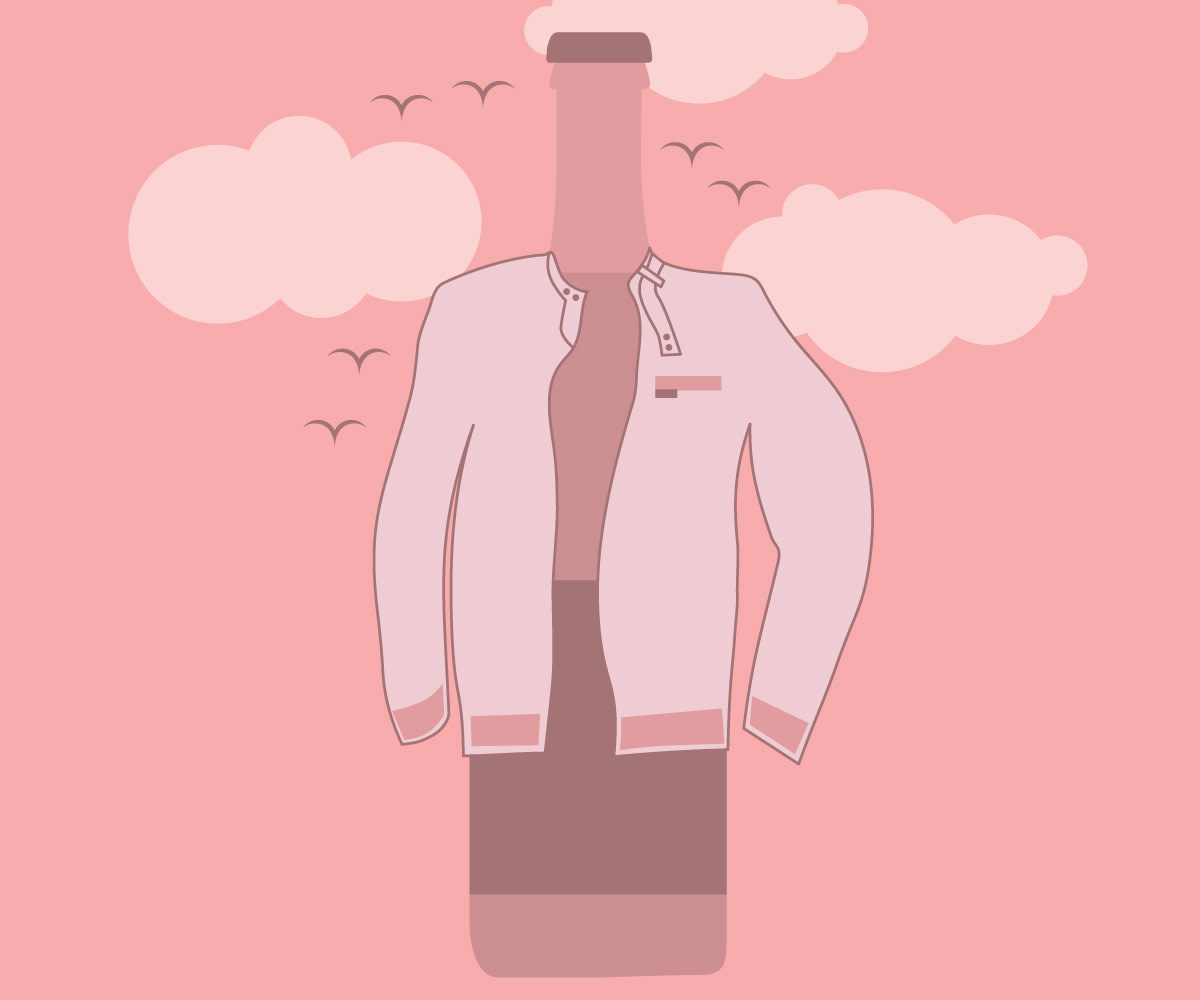 Clark figures it will take about 60 oak barrels worth of beer to take care of 500 members. “But I plan to brew a little more than twice as much as I need, so I can pull the most expressive threads, so I can build as round a character as possible. I will be brewing the beers at these other breweries I’m working with, but what Private Press is, is a blender. At the end of the day, everything will be a blended expression.”

In the meantime, he has done collaboration brews elsewhere—such as Evil Twin in New York and Side Project in St. Louis. The first debut of a beer with the Private Press name attached was part of Evil Twin’s 12 Days of Christmas promotion in November and December—brewed with Evil Twin’s Jeppe Bergso and Side Project’s Cory King. Clark says that beer is a big imperial stout brewed with vanilla beans, almonds, and maple syrup.

The second appearance of a Private Press beer will be at the inaugural Side Project Invitational in St. Louis, a festival of barrel-aged barleywines and stouts scheduled for February 2.

Private Press, however, is not the main reason Clark went West. He moved to Santa Cruz to be with his fiancée, Adair Paterno, cofounder of Sante Adairius Rustic Ales. “We met through the beer world, doing some collaborations,” Clark says. “We finally closed that gap.”

Clark started brewing at Jackie O’s in 2006, and he was head brewer or director of brewing operations for 13 years. They brewed 18 barrels the first year; in his final year they brewed 14,000. “Now,” he says, “I’m going to something where I don’t need any employees, and I can really be hands-on.”

“This just feels really comfortable and really smart,” Clark says. “I think there’s a lot of bandwidth within this model and even for existing breweries to expand into a membership model.”

A major benefit: Private Press won’t have to compete for local shelf space or tap lines. That’s an attractive proposition in a tightening craft-beer market.

“The crunch is on,” Clark says. “There’s a lot of pressure to sell beer. It’s so competitive; it really is. And there are a lot of small breweries out there—they’re like little speedboats, they can change direction.

“You’ve got to look around for ways to be profitable and stay relevant.”

Marketing Beer, Direct to the Consumer

Thanks to the changing face of online sales, it’s possible for all beer to be local. Now might be the time to jump on the bandwagon.