Recapitalizing for Growth in the Pandemic Economy

Recapitalizations may sweep through the craft-beverage world, according to Martin W. Saylor and John D. Wagner of 1st West Mergers & Acquisitions. But what is a recap? And how does it differ from an acquisition?

In the past few months, as part of our consulting work, we’ve been speaking with a good number of breweries of various sizes from all over the country, ranging from annual production of 2,500 to 50,000 barrels. What are we hearing?

Smaller companies, stressed by the pandemic, are open to selling a portion (even a majority) of their firms and taking on partnerships that can help ensure stability and growth, ideally fueled by new investment from a new partner/owner.

Larger-brewery owners—specifically, strategic partners, private equity, or family-owned enterprises—are bargain hunting in the “virus era” and willing to pay a fair acquisition price. These buyers want to roll up smaller operations into their efforts. They are often eager to keep the previous owners’ talent in place, although maybe not in full control. I’ve also been speaking with numerous investors who suggest there’s an abundance of “dry powder” (liquid cash) out there, ready to rush in for the right opportunity.

Put these ingredients in the boil, and you have a textbook environment for a wave of minority recaps to sweep the craft-beverage industry. 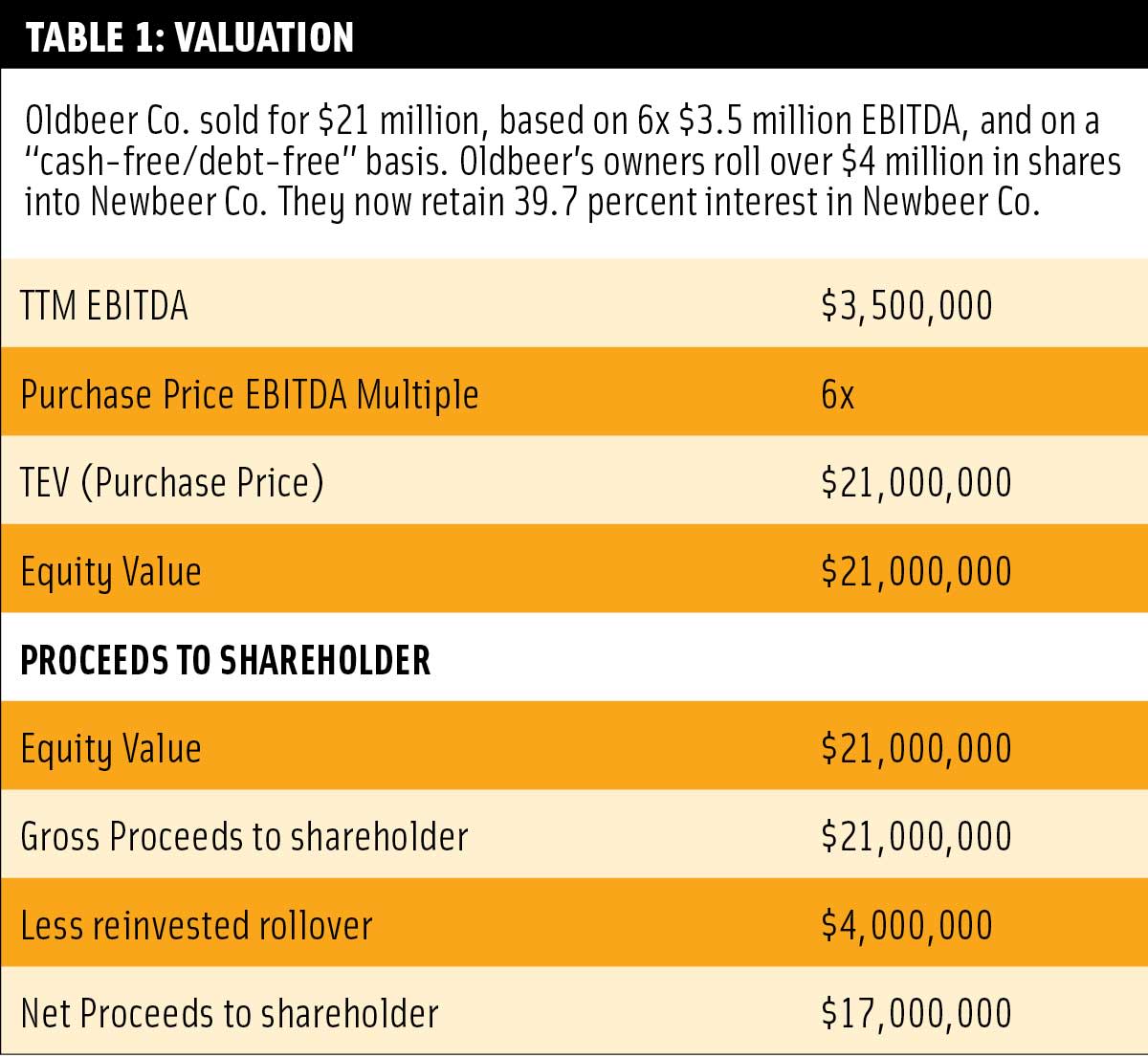 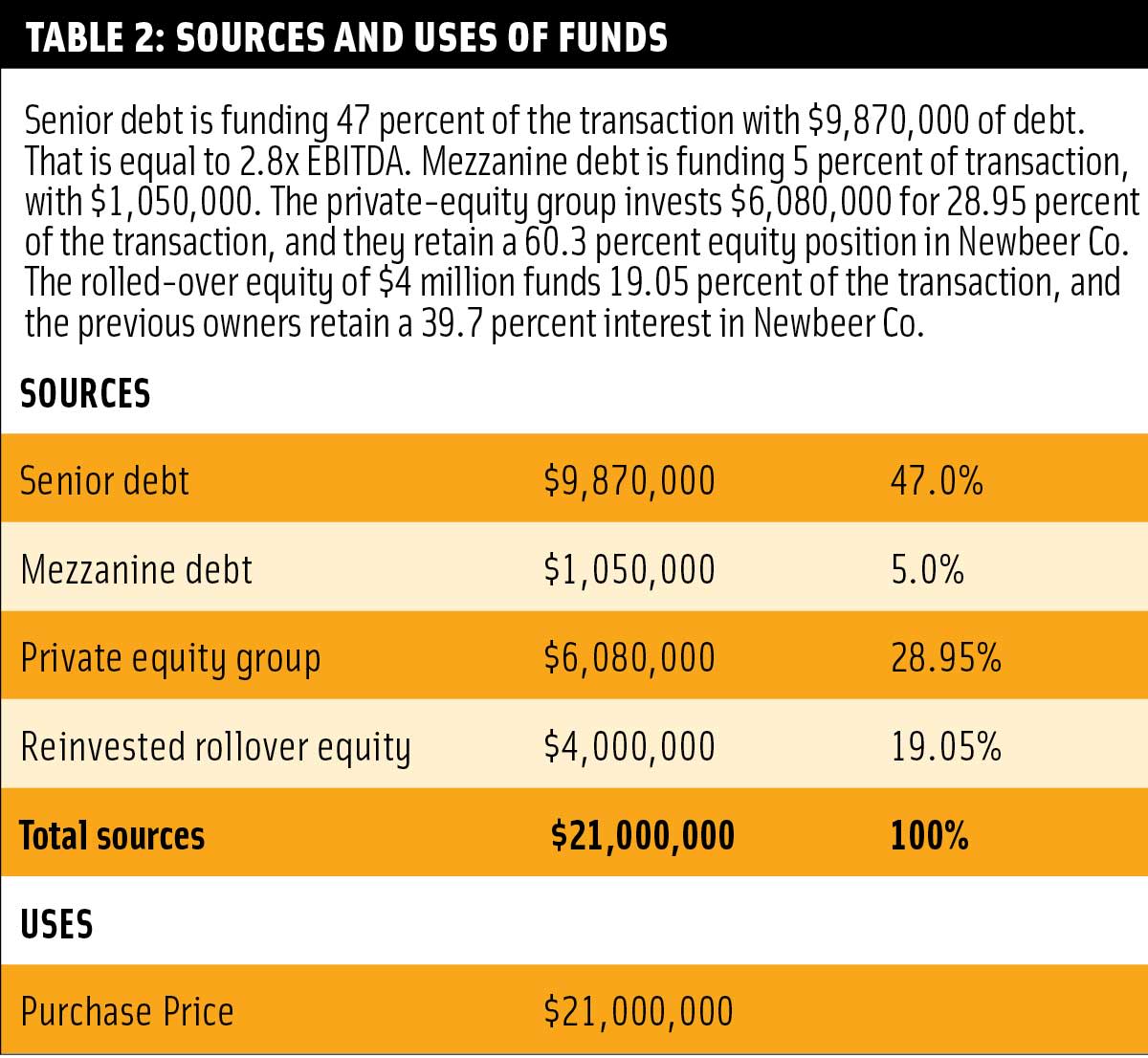 A recapitalization of a company (aka “equity recap”) is different from an outright acquisition. In an acquisition, the sellers of a company being acquired (call it Oldbeer Co.) sell 100 percent of the shares of their company, while the new owners take 100 percent control. The legacy owners of Oldbeer might become employees of Newbeer Co., if they are invited and want to stay with the business.

On the other hand, in an equity recap, the Oldbeer owners take an equity interest in the Newbeer created by the acquisition, typically a minority position. Private-equity investors use equity recaps when they want to involve Oldbeer’s shareholders in helping to grow Newbeer. The private-equity investor allows Oldbeer’s team to keep running Newbeer, leveraging their expertise with customers, vendors, and employees.

An equity recap provides the Oldbeer sellers with a significant “liquidity event”—i.e., cash in their pockets upon sale—along with the potential for an additional liquidity event (“a second bite at the apple”) down the road because they’ll own shares in Newbeer, all while Newbeer’s investors provide the financial resources to grow.

For example, let’s say Oldbeer sells for $21 million, as a 6× multiple of $3.5 million in EBITDA. But the sellers of Oldbeer don’t take all the cash out of the deal. They reinvest (roll over) $4 million into Newbeer. That $4 million rollover reduces the cash required to purchase Oldbeer, so Oldbeer’s shareholders receive $17 million in cash, as shown in Table 1.

Private-equity groups making these acquisitions would rarely just write a check for the total enterprise value (TEV) of Oldbeer. Instead, they would blend cash, senior debt, and mezzanine debt. This “leveraged debt” is put in place so that a substantial part of the purchase price is paid out of the future proceeds of Newbeer.

In the example in Table 2, 52 percent of the purchase price is leveraged debt, made up of senior debt (47 percent), and mezzanine debt (5 percent). We use these percentages because this is the average leveraged debt being placed on lower-middle-market deals today, as reported by GF Data, a highly reliable private equity-group deal-tracking database.

Private-equity groups typically hold their acquisitions for three to five years. We will assume that Newbeer grows in that time, fueled by private-equity resources. Accordingly, there is a substantial likelihood of a “second bite of the apple” liquidity event when Newbeer seeks new ownership.

If Newbeer’s EBITDA grows 15 percent a year for three years to $5.3 million, the business would be worth $31.8 million based on a 6× multiple of EBITDA. Even if the senior/mezzanine debt load remains the same, the net proceeds from the sale of Newbeer (purchase price minus the senior and mezzanine debt) would be $20,880,000 for its shareholders. With a 39.7 percent stake from the previous sale, the Oldbeer sellers’ stake would be worth $8.3 million. For their initial rollover of $4 million, they more than double their money in three years. Beyond the salary and bonuses they receive, their equity grows by $1.4 million per year for those three years.

For breweries with solid sales but facing a near term cash crunch, for owners who are now even more aware of risk and want to realize some gains from the businesses they’ve built, and for private equity investors using debt as a tool for investment, there has never been a better time to do a recap. With interest rates on senior debt at historically low levels, expect to see more and more breweries and investors using this tool.

EBITDA is a company’s earnings before interest, taxes, depreciation, and amortization and is an accounting measure calculated as a proxy for a company’s current operating profitability.

Mezzanine Debt is any subordinated debt or preferred equity instrument that represents a claim on a company’s assets. It is senior only to that of the common shares. Mezzanine financings can be structured either as debt or preferred stock.

Senior Debt, frequently issued in the form of senior notes or referred to as senior loans, is debt that takes priority over other unsecured or otherwise more “junior” debt owed by the issuer. Senior debt has greater seniority in the issuer’s capital structure than subordinated debt.

Total Enterprise Value (TEV) is a valuation measurement used to compare companies with varying levels of debt. TEV helps with valuations of potential takeover targets and the amount that should be paid for the acquisition. TEV is used to derive the overall economic value of a company.