A few breweries suffer damage and temporary closures, while others contribute to recovery efforts.

After America’s deadliest tornado in a year, Tennessee breweries are recovering and finding ways to support their communities.

The tornado struck on the night of March 2, cutting through four Middle Tennessee counties. Nashville was in its path, and the damage was severe: By the next evening, authorities said at least 24 people had been killed. Dozens more were missing. Tens of thousands of homes and businesses were without power. Governor Bill Lee declared a state of emergency.

Early today, the Tennessee Craft Brewers Guild announced an initiative for member breweries to donate $1 for every pint purchased this week to recovery efforts. Those donations will go to the Community Foundation of Middle Tennessee’s Emergency Response Fund. During the day, local breweries such as Black Abbey, East Nashville Beer Works, Jackalope, Living Waters, Southern Grist, TailGate, and Yazoo announced that they would participate.

East Nashville is home to a handful of breweries in the city’s flourishing beer scene, and it was among the hardest-hit areas. 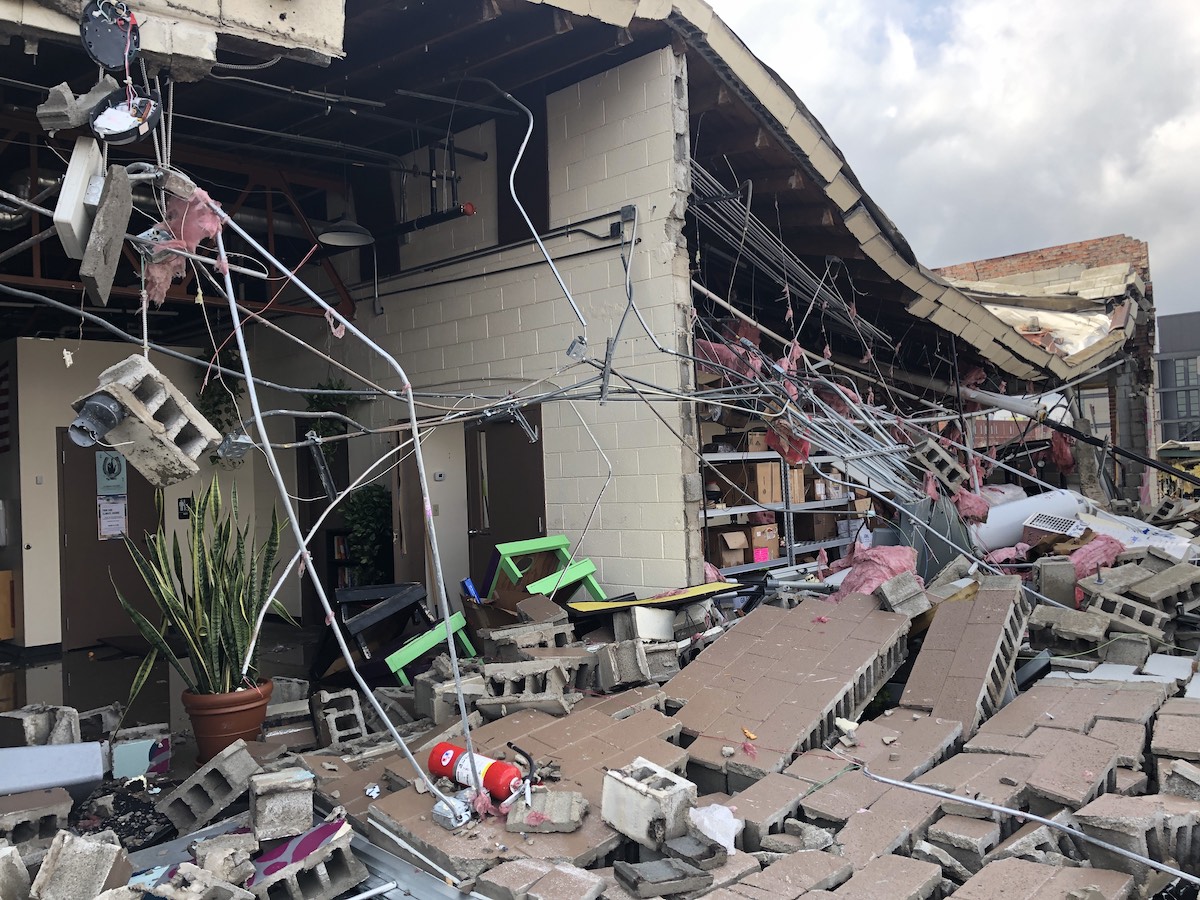 “Our whole team is safe, fortunately,” says Kurt Smith, brewer and co-owner at Smith & Lentz (pictured above), in an email to the Craft Beer & Brewing Magazine® Brewing Industry Guide. “The back of the building got blown out, so we will be down for at least a few months.” Across the street from Smith & Lentz, Edley’s Bar-B-Que was handing out free sandwiches to people in the affected community.

Nearby, the new Crazy Gnome brewery had just brewed its first batch the day before the tornado struck. Construction to ready the taproom was approaching completion. “We will rebuild, we will open, we’re not done yet,” the brewery says in an Instagram post. “Everyone is safe and accounted for, but the tornado did a number on our building. It’s hard, but we will carry on with our dream.”

The Little Harpeth brewery also suffered some damage. “All of us here are safe! However, the taproom was hit,” the brewery says in an Instagram post. “We have a small hurdle so no worries.” The brewery promises refunds for tickets to any upcoming events that are cancelled. “We’re super bummed out, but our community comes first. Much love.”

“We are fine over here at East Nashville Beer Works, but our neighbors in lower East Nashville have been devastated,” that brewery says in a Facebook post. “We will help rebuild the community in any way we can and look to be a hub for any community organizing that needs to take place.”

A brief rundown of other nearby breweries: Southern Grist says its team and buildings are safe. TailGate says it was spared, including its East Nashville location. Just across the river in Germantown, Bearded Iris reports that its taproom is temporarily closed while the power is out.

Chinese equipment manufacturers will be scarce at next month's brewing trade show, while attendees from countries with high-risk travel warnings are eligible for full refunds.