This inline system is designed to make hard seltzer out of the beer that brewers are already producing. As a bonus, it can facilitate low- or non-alcoholic beer without loss of taste or quality.

Many breweries started feeling the pressure to produce hard seltzer in 2019 as the industry continued to trend towards low-carb, low-calorie, health-conscious options. Fermenting sugar water appeared to be the easiest and most cost-effective option to make hard seltzer, but it ultimately took the art out of brewing.

In November of 2019, a U.S. equipment manufacturer released the Alchemator—an inline system designed to craft hard seltzer right from the beer the brewers were already producing. The Alchemator offered a bonus feature, too—the option of easily crafting low-/non-alcoholic beer without losing the taste or quality.

Now, we are on the cusp of another summer and anticipating an even greater surge of brewery traffic once the “stay-at-home” orders are finally lifted. Should breweries opt for an inline system to craft a better hard seltzer, or continue with fermenting sugar water?

How does the Alchemator work, and what does it mean for craft breweries?

First, brew your own great beer.
Breweries utilize the recipes they have already perfected with a recommended 5 percent ABV or greater.

Second, connect the inline system to your cellar tanks.
The ergonomic, portable system allows brewers to roll the Alchemator into place and start the process of “Alchemating” the beer. Three hoses are needed to connect the Alchemator to the cellar. Two hoses recirculate to the fermentation tank, and one connects to a brite tank.

Craft a Better Hard Seltzer!
After being pulled from the original beer, the alcohol and water—or hard-seltzer base—is crystal-clear but maintains a smooth maltose taste. By carbonating and adding flavoring, you now have a hard seltzer completely unique to your brewery.

What happens to the biproduct?
Without the alcohol and water, you are left with a beer concentrate that has the same ABV as the original beer. By adding back deaerated water, the ABV levels are easily lowered without jeopardizing the beer. The ProBrew DA-5 or DA-10 water deaeration systems easily craft a low DO (Dissolved Oxygen) LA/NA beer that maintains the same great flavor, turbidity, and quality as the original beer.

Ok, but how much?
The Alchemator has to cost a fortune, right? Wrong. There are only a few other systems on the market similar to the Alchemator, but they cost 3x what this inline system costs. The Alchemator has a price tag ranging from $60k – $80k with also optional customization and add-ons.

For more information on the Alchemator, visit probrew.com/Alchemator or email [email protected] 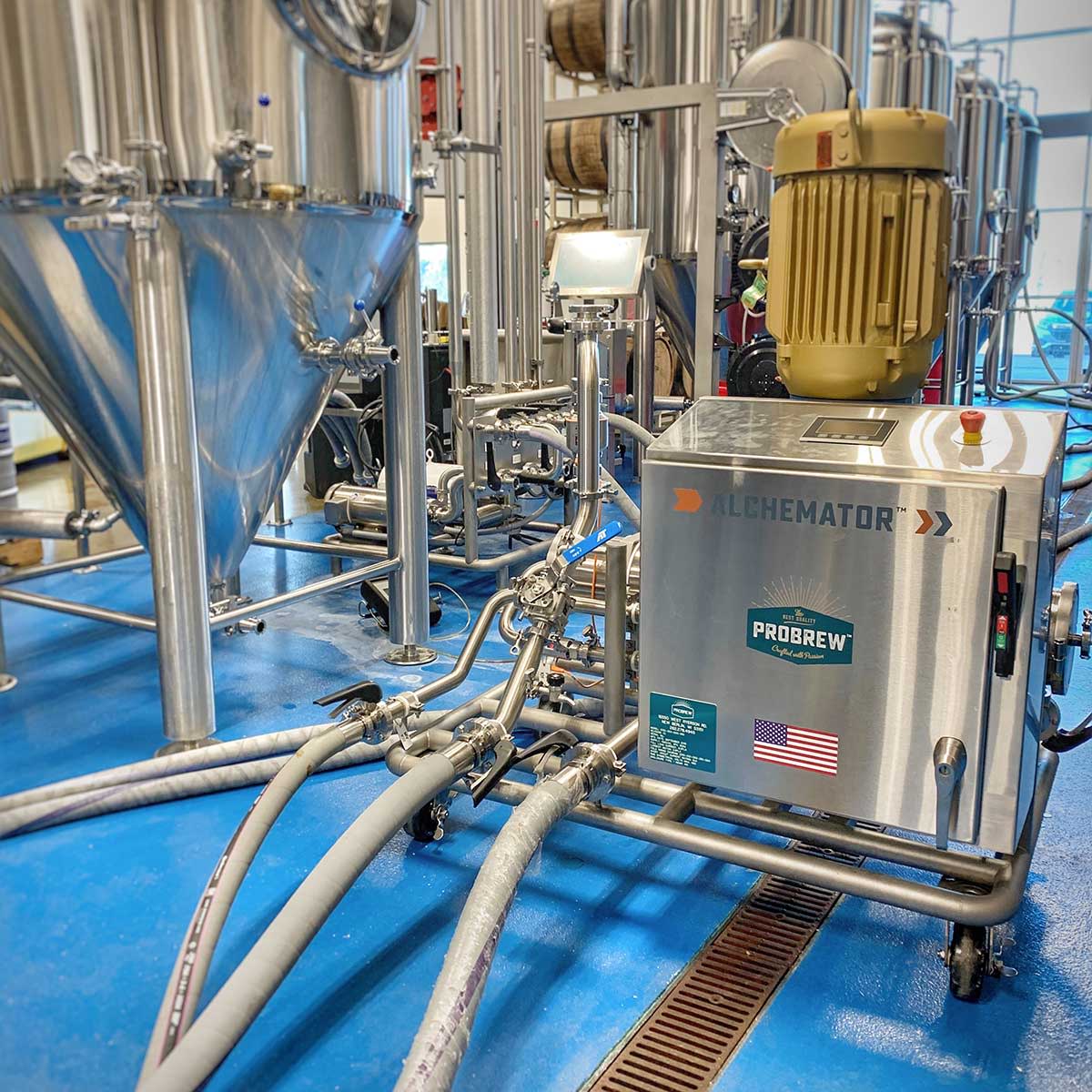