The Business of Beer Weeks

Quality experiences and community focus define great large-scale multiday beer events, but to sustain them year after year, smart financial decisions are paramount along with local support and long-term planning.

While growth has curbed slightly in the overall beer market, craft beer has proven itself to be a mainstay in the alcoholic-beverage scene in recent years. From 2009 to 2016 alone, the number of operating U.S. breweries grew from only 1,596 breweries to almost 5,300, says a 2017 annual report released by the Brewers Association (BA).  Likewise, the beer-drinking public’s palates continue to become more refined with the greater availability of craft beer at breweries and establishments across the country.

To bolster this ever-growing trend and keep beer drinkers engaged, industry groups and cities are taking the idea of showcasing craft beer to a larger scale. From coast to coast, brewers’ guilds and other organizations are putting on special multi-day themed events that place independently brewed craft beer front and center.

Among the first and most recognizable of these large-scale festivities to enter the scene was the Great American Beer Festival (GABF). Charlie Papazian, BA founder and past president, brought this three-day annual festival to the United States in 1982. Inspired by a trip to the U.K.’s Great British Beer Festival, Papazian founded the GABF out of a desire to celebrate and strengthen what, at the time, was a struggling American beer culture.

In 1982, only forty-four breweries were operating in the United States. Held in Denver, Colorado, every fall, GABF has since grown and evolved into the largest collection of U.S. beer ever served in one location. In 2017, the festival featured an impressive 800 breweries and more than 3,900 beers in its line-up with almost 60,000 people in attendance.

“The main reason GABF has been so successful is the positive experience it’s been for beer drinkers and our volunteers,” says Papazian. “It’s not necessarily the quality of the beers, but the fact we’ve been able to sustain the enjoyability of the event over all these years.”

Despite GABF’s storied history, Papazian points out, likely the most important lesson he’s learned over the years is not to fall prey to the illusion of success in the first few years of an event’s life.

“When you grow an event, it’s easy to get bigger and bigger, but it’s harder to manage the profitability and make ends meet,” says Papazian. “GABF was a break-even event up until the past fifteen years when we finally dialed in what we had to do in order to sustain it.”

What works for the first several years of an event will not always work going forward, notes Papazian. Likewise, apparent success does not translate to sustainability. To create a truly successful event, he explains, organizers must be adaptable and committed to continually improving the experience.

“You really have to look behind the scenes at what’s going on, as well as to the future,” says Papazian.

Similar to GABF, American Craft Beer Week (ACBW) also got its start with the Brewers Association. In 2006, the organization made the decision to change American Beer Month (traditionally in July) into a week-long coordinated effort. According to the BA’s website, one week of national activities was found to be more manageable and in turn more effective than an entire month of events.

In addition, adding the term “craft” helped to dial in the focus on independently brewed beers. Held in mid-May each year, ACBW continues to remain the largest national effort to promote American craft beer to date.

Since ACBW’s introduction, many cities and communities have adapted this event idea to bring greater awareness to their own local beer scenes. Using a variety of events spread out across a town or region, local communities use these multiday (usually week-long) events to bring attention to their local beer culture and drive economic development during slower times of the year. Currently, 100-plus active beer-week style events exist in the United States and abroad. 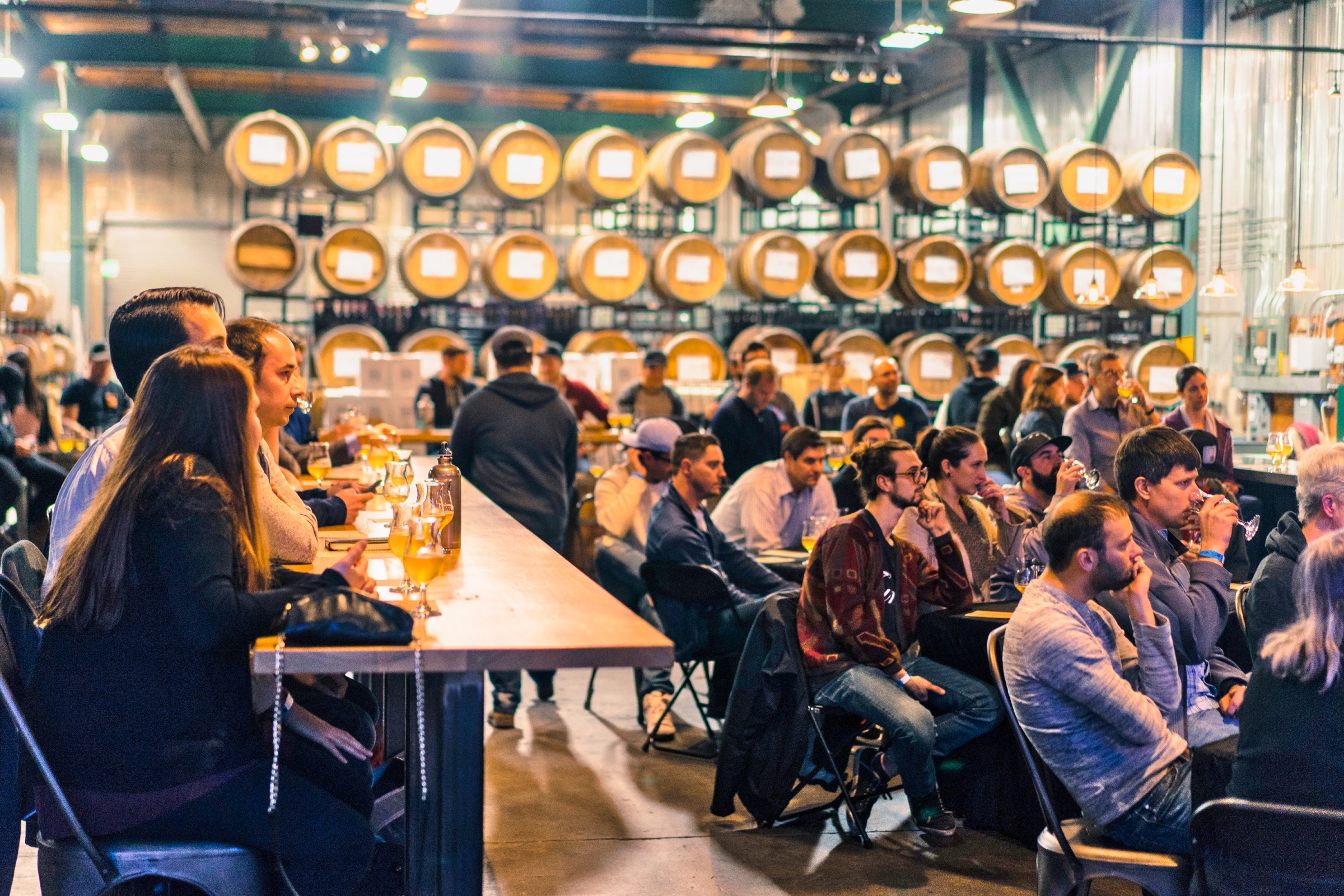 “It’s about raising awareness of the great breweries that are in our backyards,” says Joanne Marino, executive director of the San Francisco Brewers Guild, which organizes the beer week. “We’re in a unique area that holds a lot of gravitas when it comes to its craft-beer credentials.”

Since SF Beer Week’s launch back in 2008, Marino explains she’s seen the craft-beer climate evolve. A higher level of consumer appreciation and sophistication for craft beer has taken hold.

“People approach craft beer in a notably different way now,” says Marino. “They know when you say this style is a sour or this is an IPA. Because of this, beer weeks have grown!”

In 2017, an impressive 900 events spanned the ten-day SF Beer Week with more than 200 Bay Area breweries, restaurants, bars, and retail stores participating. The secret to SF Beer Week’s success, says Marino, is the thought, care, and attention that go into thinking up, planning, and organizing high-caliber events.

“Events have gotten better and better over the years,” says Marino. “Part of that is from us tightening our guidelines to ensure quality events.”

According to Marino, SF Beer Week doesn’t accept run-of-the-mill events such as a happy hour or pint night. Instead, event hosts must craft unique, special experiences. The goal: provide attendees with exclusive chances to interact with venues, brewers, and craft beer in new and interesting ways.

In line with this thinking, Marino says, SF Beer Week also changes up themes annually. “It’s challenging on the logistics side because you’re adopting new materials and a new look every year,” says Marino. “But that’s also what makes it so fun and playful, and that’s also part of why SF Beer Week has been so successful.”

In recent years, SF Beer Week has featured unique focuses from an arcade theme to a Super Bowl theme that featured dual collaboration beers brewed to battle out the week for best beer. Marino says that for 2018, SF Beer Week’s theme will focus on the event series’ ten-year milestone incorporating individual themes they have debuted over the past ten years.

In addition, Marino says pairing up beer with food at events will continue to be a big hit.

“Over the years, I’ve seen beer and food become featured in a lot more elevated events and beer taking the place of wine as part of that experience,” says Marino. 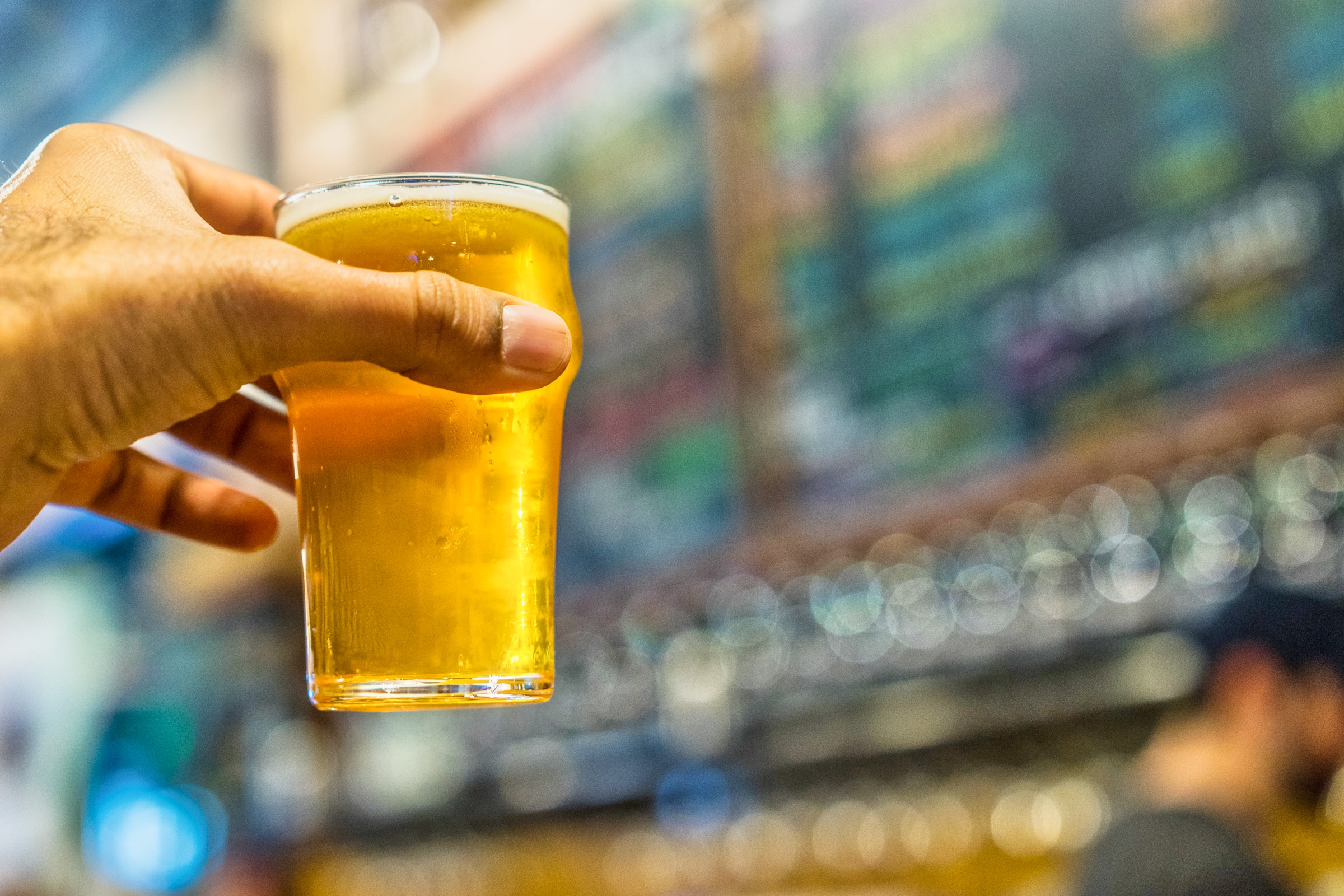 Keep the Focus on Community

Similar to SF Beer Week, Florida’s Tampa Bay Beer Week has also seen significant growth since its inception in 2012, says Sean Nordquist, cofounder and now director of the Florida Brewers Guild. A big part of that, Nordquist says, is also due to an increase in event quality.

“We started being more selective about what kind of events we would sponsor and promote,” says Nordquist. “Things like a tap takeover or pint night don’t qualify as high-end events. Things like a beer pairing dinner, gallery show, or festival that you have to put some time, thought, and creativity into are really what make a good beer event and elevate the beer community.”

In March 2017, Tampa Bay Beer Week featured about 250 events over the course of its eight-day stretch and involved almost fifty breweries throughout the region. Along with higher-quality functions, Nordquist notes, a trend toward tying events to benefits for charitable organizations and local community projects has also had a positive effect. “It just adds to the level of community involvement and engagement,” says Nordquist. “It’s helped us to raise beer week’s reputation as an organization.”

Marino admits that, at 900 events, planning SF Beer Week is a challenging task. To help make the planning process easier, she and her fellow organizers maintain a commitment to constant improvement of event guidelines and management, as well as clear communication. At the conclusion of each year’s beer week, the organizers sit down together to look at what worked and what didn’t. They then use these lessons to fine- tune things for the coming year.

In Florida, Nordquist says, organizers of Tampa Bay Beer Week form committees to handle specific beer-week tasks and use volunteers to help with various responsibilities before and during their event week. In addition, their board holds quarterly meetings to allow people to share input, ask questions, and discuss ideas for future beer-week events. “Using all those things together has gotten us to a point where all of that now runs as a well-oiled machine,” says Nordquist. “We’ve become more mature and discerning and a professional organization that is promoting our local beer culture and community in a positive way.”

Looking forward, Nordquist says he thinks beer weeks and similar large-scale events will continue to grow across the country as the focus on drinking local keeps building momentum.

“Beer carries all the same class and depth as wine and cocktails,” says Nordquist. “When events are done well, it can be a sublime experience!”

In its thirty-four years, the Boston Beer Company has done a lot. Late last year, however, it did something it has never done: it opened a taproom at its iconic Boston location.