Infographic: The Top 50 US Craft Brewers by Volume, Visualized

The Brewers Association this week updated its annual list of the top 50 craft brewers in the United States by volume of beer produced, so we’ve updated our infographic that tracks the shifts in rankings and new arrivals each year.

This week the Brewers Association released its annual list of top 50 craft brewers, ranked by volume. As usual, there were shifts in the rankings. We first mapped this out in an infographic in 2015, and we’ve updated it every year since.

Here’s the latest snapshot of growth, contraction, and consolidation. 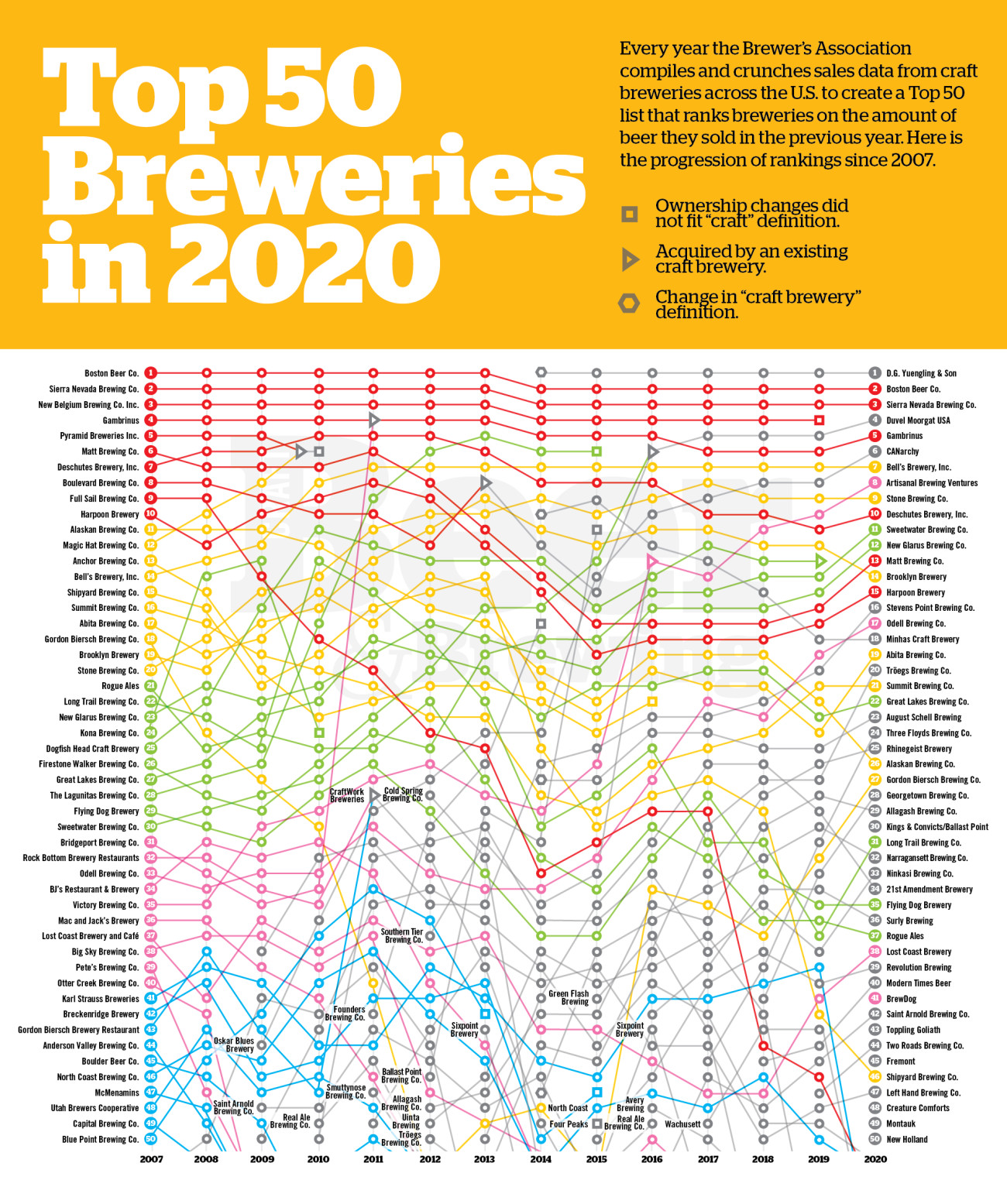 Infographic: Customers and The Return to On-Premise

Customers’ attitudes toward returning to on-premise consumption have been in motion throughout the pandemic. From our Winter 2020 issue, here is a pre-holidays glance at some factors in those decisions.