Learning the Love Language: How Even the Smallest Breweries Can Evaluate Their Hops

Relying on the spot market is no reason to accept hops that don’t meet your brewery’s standards. Here are tips from the hop-sensory pros on making sure you get the traits and quality you need.

Indiana’s 3 Floyds is a “have” when it comes to hop selection, sending a team to the Northwest each fall to select the hops the brewery will use over the next year. Yet in October, director of brewing engineering Todd Haugh echoed a concern often expressed by breweries not large enough to participate.

Although 3 Floyds has contracts for most of its hops, the brewery also plans to purchase some on the spot market, shopping alongside the “have nots.” After rubbing and smelling offerings from the 2021 harvest, Haugh spoke honestly about what was rejected: “Some lots are going to show up on the spot market we should not brew with,” he said during a Brewers Supply Group (BSG) webinar.

It’s no wonder that the “have nots” worry that the hops larger breweries pass on are of lesser quality. “That perception, it is there,” counters Juno Choi, craft-beer strategist at BSG. “It’s not true.”

Getting Great Hops from the Spot Market

Farmers around the world harvest more than 250 million pounds of hops a year. There are plenty to choose from after Sierra Nevada, Firestone Walker, Bell’s, and even Anheuser-Busch InBev are done shopping.

Below are some ways that smaller breweries can make sure they acquire hops that will make their brewers happy.

How to Evaluate Hop Pellets

Much of the romance of selection is “the rub”—crushing raw hops with the palms of your hands, rupturing the lupulin glands, and releasing the aromatics. This is how brewers make selections immediately after harvest.

YCH has created its own hop lexicon, available for download. That dictionary of hop aromas is similar to one from the American Society of Brewing Chemists (see below) so that it aligns with the industry as a whole.

BarthHaas has a different flavor language, with more than 70 descriptors organized into 12 categories. The global hop supplier also sells a hop-aroma standards kit with aroma vials representing those 12 categories.

Schilaty and Pitra created more than 60 reference standards to train YCH panelists. Those focus on what they call minor complexes (such as lemon, lime, and grapefruit) as opposed to major complexes (such as citrus). They use a mix of food-grade compounds from chemical suppliers, flavor syrups, essential oils, and a bunch of other random things to produce the standards.

“We have to get creative,” Schilaty says.

Pitra names off the “grocery-store standards” that they like: “Ribena-juice concentrate for black currant, Laffy Taffy Banana for banana, Ivory Bar soap for soapy, canned pineapple juice for pineapple, peach gummy candy for peach, and fresh tomato vines for tomato plant, to name a few. Over the past couple of years, we’ve vetted dozens of standards, so anyone struggling to find a standard for a specific attribute should contact us directly.”

Unlike other lexicons, Yakima Chief’s makes onion/garlic (OG) and “dank” their own top-line categories, reflecting the importance, negative or positive, of those aromas in newer American hop varieties.
Using one method to assess onion/garlic, panelists smell vials, or taste beers, containing food-grade chemical standards such as allyl disulfide (garlic) at varying concentrations. “Another is to grind high OG hop lots at different concentrations with no OG hop lots and ask panelists to rank the samples by OG intensity,” Pitra says. This requires having sensory data already documented to make the sample selection.

Schilaty calls “dank” a nightmare term because it has at least five possible meanings. However, American brewers most often use it to mean “smells of cannabis,” and YCH panelists train for it using a vial of cannabis extract. “It made sense for us to use the word to define something that was not represented (in the lexicon),” she says. “We wanted to avoid having the word cannabis appear on our product descriptions, as we do a lot of work internationally with countries where cannabis is both frowned upon and very illegal.”

Chicago’s Hop Butcher for The World has grown large enough—the brewery used about 30,000 pounds of hops to produce about 7,000 barrels of beer in 2021—to participate in hop selection, albeit remotely. The selection team also has grown, from three in 2019 to four the next year and five in 2021. Going into selection, they know “this is what we’re looking for, how you describe it, either good or bad,” says cofounder Jude La Rose.

They continue to build on their aroma knowledge-base by evaluating every new package of hops when it arrives. “Because we are using Northern and Southern Hemisphere hops, it seems like we are always rubbing hops,” he says. “We’ll get a spot hop and go, ‘What was that, can we find more of it?’”

They came across lots from the 2021 crop that smelled of smoke (“some chipotle”) and asked the supplier—in this case YCH—for additional lots of Mosaic to try. “The next three cuts were knockouts,” La Rose says. “They ask what you like. … We eventually found some great hops.” (“This has all the dank,” they said.)

The team at Hop Butcher has learned they like qualities in Mosaic that other breweries might reject. “Mosaic wasn’t hitting,” Rose says. “We were missing diesel. We want that huge fruit, then diesel.”

Choi at BSG recalls a similar conversation with Beachwood brewmaster Julian Shrago about the lots of CTZ from which he was selecting. “They were too clean. He wanted some onion/garlic,” Choi says.

Like other suppliers, BSG has its own sensory panel. “We are going to do our own selection. Suppliers can reject lots from growers,” Choi says. BSG can refer to its own notes when a brewer receives a lot that doesn’t meet expectations.

The first thing a supplier will ask an unhappy brewer is the lot number. “Hopefully, they still have the hops,” Choi says. “Ideally, we are dealing with it before it is in the beer.” He says it’s important for brewers to evaluate each box of hops on its own. “We are going to check our own notes. You want to allow suppliers to address their concerns.”

That solution might be as simple as replacing one box with another.

BSG requires that breweries purchase 1,000 pounds of a variety to participate in selection, but the company will write contracts for quantities as small as an 11-pound box. “Some smaller breweries don’t know that. They don’t realize that contracts can be added to,” Choi says. A contract begins a relationship, with BSG or some other supplier.

One aspect of buying hops is a little like ordering wine in a restaurant: Rejecting a bottle because you “don’t like the taste” is not as simple as pointing out it is corked. Suppliers would rather deal with expectations in advance. “If a brewer has an idea of what they are looking for, we can talk about that,” Choi says. “Not a lot of people understand or do that. We might even be able to provide a sample.”

That works best when everybody is talking the same hop language.

“A brewery that is new to hop sensory may not have the bandwidth for [a full-blown program], and that’s totally fine,” Schilaty says. “We're always encouraging brewers to start small; just opening the bag, giving it a whiff, and jotting down a few notes is a great jumping-off point. You can always build from there.” 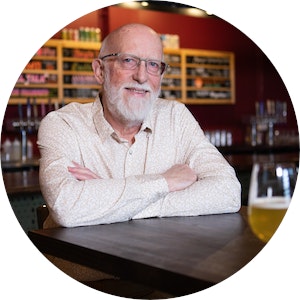 Mastering Your Palate with Randy Mosher

Join Randy Mosher as he takes you on a journey to truly understand and refine your palate.

Dialing It in: Making the Case for a Malt Sensory Program

Independent brewers are prolific consumers of malt, increasingly nudging growers and maltsters into more characterful varieties. What’s lacking is wider adoption of programs that can evaluate and analyze that character—and then communicate it to drinkers.