The State of the Seasonals: Celebrating On-Premise

While seasonals can struggle to stand out in chain retail, they tend to shine brighter at bars and restaurants.

It’s true that amid the sea of new, one-off, rotating, and collaboration beers that tend to crowd the store shelves these days, seasonal beers have lost some of the novelty factor that was once their raison d’être.

Yet the picture is much rosier for seasonals in bars, restaurants, and taprooms. Perhaps that’s because draft lists are generally tighter than on-the-shelf beer selections, or because visits to such venues are experiential and may be more responsive to weather, holidays, and in-season food dishes. Whatever the reason, seasonals fare better on-premises than they do on shelves.

According to on-premise data from CGA, analyzed by Mary Mills of 3 Tier Beverages in Chicago, seasonal beers hold 13 percent of total craft dollar share on-premise, second only to IPA at 26 percent. Even zooming out to the total beer category—including macro beers and flavored malt beverages—seasonals command a 4 percent overall share on-premise. That share has ticked upward slightly, improving 0.4 percent from a year ago.

“In terms of dollar share, seasonals are [almost] even with the greater flavored malt beverage category—which includes hard seltzers—in the on-premise,” Mills says. (Tell that to an account next time they’re waffling on buying your seasonal beer.) This means seasonals rank behind only pale lagers (53.6 percent) and IPAs (7.8 percent) in overall beer dollar sales at bars and restaurants. When polled by CGA, drinkers rank craft seasonals as the fourth most-popular beer substyle.

Stocking Up for Holiday Vibes

At the Olympic Tavern in Rockford, Illinois, general manager Zak Rotello has been cautious since COVID about having too much excess keg inventory on hand. (Nor is he alone—see “Adjusting to the New Realities of Draft Beer,” brewingindustryguide.com.) He’s generally loath to double up on styles, even popular ones such as double IPA—but he’ll make an exception for particular seasonals.

“Why would I need three double IPAs on tap?” Rotello says. “I’ve been careful not to duplicate style profiles—the only time I’ll do that is Oktoberfest. Those are about the only time I will intentionally double down on styles.”

His experience is in line with national trends. Fall is generally a lucrative time for on-premise gatherings with beer, from Oktoberfests to Halloween to playoff football games. That has implications for autumn seasonal beers, which also tend to perform relatively strongly on store shelves. Pumpkin beer, Oktoberfest lagers, and maybe even Halloween candy–themed ales—cooler weather seasonals are well positioned to capitalize on on-premise celebrations in the fall.

While it’s not historically been considered an on-premise occasion, Halloween is becoming a popular “going out” holiday, especially for young people (ages 21 to 34), 53 percent of whom told CGA that they intend to visit bars and restaurants for their next Halloween. Oktoberfests also offer opportunity—not just the beer style, but the themed events themselves. CGA data suggest that 31 percent of on-premise drinkers visited a bar or restaurant specifically for Oktoberfest in 2022, with restaurants (43 percent) and bars (35 percent) outpacing brewery taprooms (30 percent) as the top venues to celebrate—possibly due to the potential for traditional Oktoberfest food menus at restaurants. 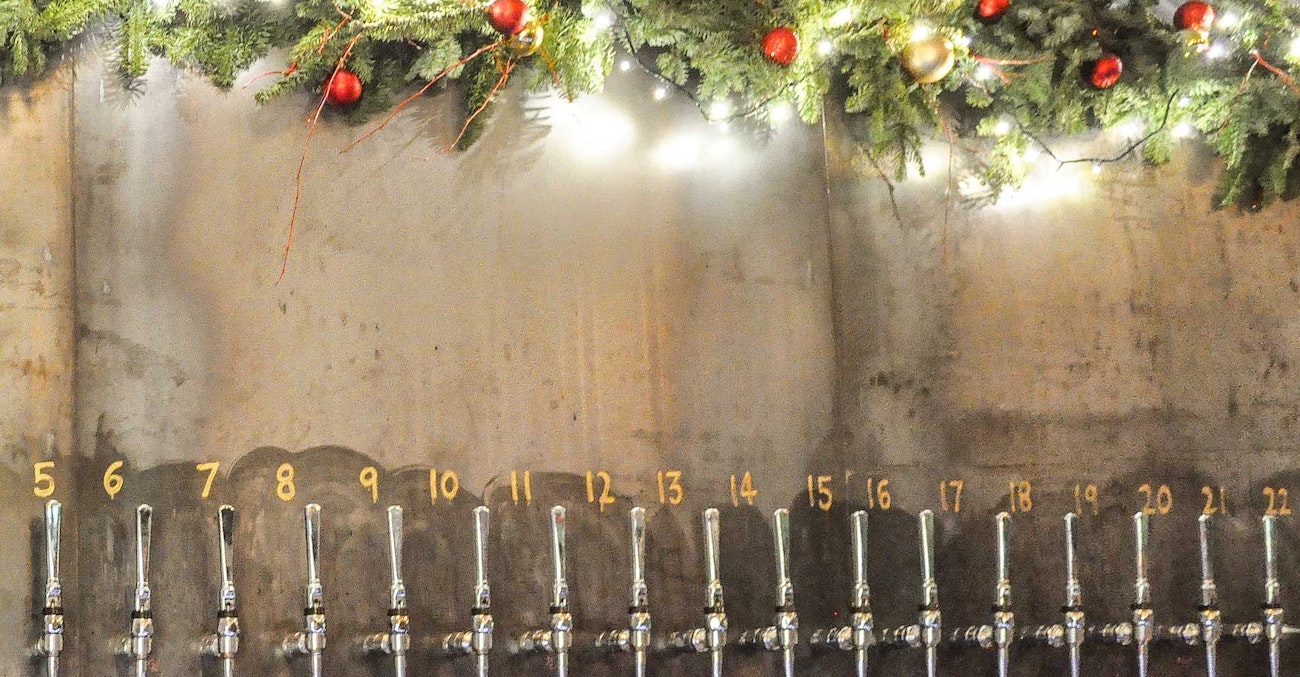 The Shifting Distribution of Variety

Outside of Oktoberfest beers, however, Rotello has noticed a decrease over the past few years in the number of seasonal beers available to him through wholesalers. He wonders whether they’re being cautious about time-sensitive inventory in the wake of COVID.

“My distributors are bringing in [fewer] seasonals,” Rotello says. “I honestly don’t think anyone’s offered me a pumpkin beer in the last two to three years. Plus, bars and restaurants are buying a lot more locally and regionally now, so maybe they’re not getting access to those big brands’ extensions, like Sam Adams Winter Lager.”

Wholesalers used to offer per-keg discounts if bars ordered a flagship as well as a seasonal, Rotello says, but those days appear to be long gone. Smaller, self-distributing breweries often fill the demand for new specialty beers that an abundance of seasonals used to provide to his draft list. Plus, with larger distributors charging him a fee of $9 per delivery to offset gas costs, Rotello says he’s consolidating his orders with them while picking up specialty kegs from local, self-distributing breweries. He estimates that those now make up a quarter of his beer orders.

“I’m buying … less often from my Miller guy because, at the end of the day, that’s $480 per year I’ve paid for his gas,” Rotello says. “I need something on the spot. It’s like, ‘Hey Pipeworks or Phase Three, what’s new from you?’ And they’ll show up with a two-day-old fresh keg that no one else in town has.”

Still, he listens to his customers when it comes to the seasonals they look forward to seeing every year. Bell’s Oberon and Bell’s Best Brown Ale are both highly popular at the Olympic Tavern; more locally, Revolution’s spiced holiday ale Fistmas and Metropolitan’s Afterburner Märzen are both strong sellers, too.

“Other than those, it can be a gamble on how much [of a seasonal] to preorder or bring in,” Rotello says. “The good thing is, you can always run a cheap pint feature when sales from a certain keg slow down.”

Demographically, drinkers aged 34 to 54 most strongly prefer craft seasonals on-premises, with 33 percent of that group regularly consuming them, according to CGA data. For a bar or restaurant with a clientele that falls overwhelmingly within this age range, craft seasonals should be a menu mainstay.

“This number is nearly even with the craft IPA subcategory for this demographic, showing that there are subtle but important substyle preferences within demographics of craft drinkers,” says Mary Mills at 3 Tier Beverages.

The State of the Seasonals

The sea of beer variety has flipped the appeal of seasonal beers on its head—but they can still sell well. Here’s some insight on how to capitalize.